Rail Baltica has been granted an additional major €19.7 million in funding from the European Climate, Infrastructure and Environment Executive Agency and the Baltic States RB Rail AS joint venture. 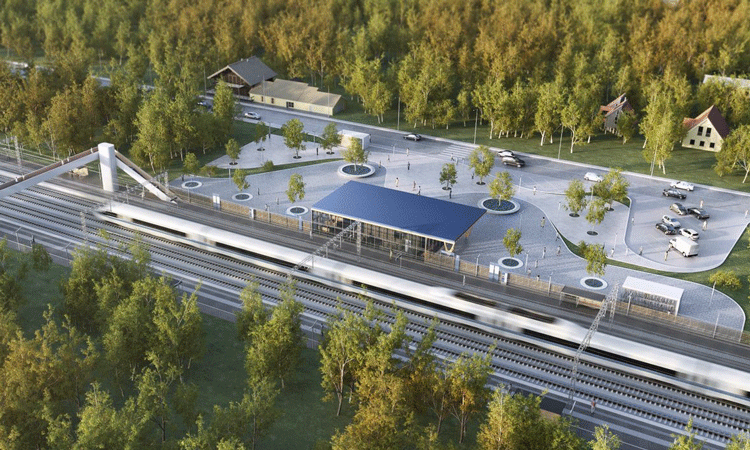 The European Climate, Infrastructure and Environment Executive Agency (CINEA), joint venture of the Baltic States RB Rail AS, the Ministry of Economic Affairs and Communications of Estonia, the Ministry of Transport of Latvia and the Ministry of Transport and Communications of Lithuania, signed additional cross-border Grant Agreement on the Connecting Europe Facility (CEF) funding for Rail Baltica. The total budget of the Agreement is €19.7 million, of which the CEF contribution will be of a maximum amount of €16.7 million or 85 per cent of total eligible costs under this agreement. The remaining 15 per cent will be financed by the governments of the Baltic States.

Agnis Driksna, Chairperson of the Management Board of Rail Baltica Joint Venture RB Rail AS said: “The additional Connecting Europe Facility and Baltic states funding not only once again reconfirms the strong commitment of the EU and Baltic partners to this unique cross-border project, but will also enable to finalise the remaining planning stage works, accelerate the Global project delivery by starting design procurements of missing links on the critical Kaunas – Lithuania/Poland border section as well as Kaunas – Vilnius, and facilitate start of mainline construction procurement in Latvia.”

“It also includes several important studies such as delivering the next generation Cost-Benefit Analysis and Business Plan for Rail Baltica. Finalisation of the already started design-type activities for railway facilities and mainline to reach readiness for construction remains the utmost priority between project partners,” added Agnis.

The financing has been granted also for joint Rail Baltica chainage and geodetic reference network development study across the Baltic countries and IT architecture development strategy.

“Between 2014 and the present day there have been seven EU-funded Rail Baltica projects, for a total amount of EU support of more than €950 million. This latest project, worth almost €17 million grant for studies and designs, further showcases the hard work and positive collaboration by all stakeholders involved. I wish the beneficiaries, RB Rail, Estonia, Latvia and Lithuania, a smooth implementation of this cross-border project on the North Sea-Baltic Core Network Corridor,” commented Morten Jensen, Head of unit at CINEA.

This grant agreement is the last one under the 2014 to 2021 financial period.

Under the 2014 to 2021 EU Multiannual Financial Framework period, together with the newly signed agreement the three Baltic states and RB Rail AS have signed in total seven grants designed under the EU funding instrument CEF for the construction of the Rail Baltica conventional railway infrastructure. Together with the previously signed grant agreements, Rail Baltica has thereby already secured around €1.14 billion from the EU and national funds.