A $15 million grant will be awarded to Canadian Pacific so that it can expand its Hydrogen Locomotive Program to include additional locomotives and fueling stations. 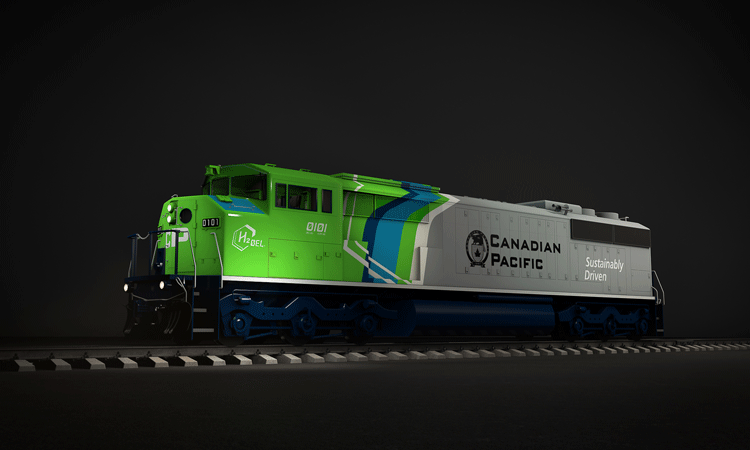 ​Canadian Pacific (CP) will expand the scope of its pioneering Hydrogen Locomotive Programme with a $15 million grant announced by Emissions Reduction Alberta (ERA). The grant enables CP to increase the number of hydrogen locomotive conversions in the project from one to three, and add hydrogen production and fuelling facilities. The programme will create a global centre of excellence in hydrogen and rail freight systems in Alberta.

“In expanding this groundbreaking project, CP is demonstrating its commitment to combatting climate change through transformative technology,” said Keith Creel, CP’s President and Chief Executive Officer. “I am very pleased that ERA selected this programme for a grant and I eagerly anticipate seeing a hydrogen-powered locomotive move CP customer freight in the near future.”

CP is receiving the 50/50 matching grant from ERA’s Shovel Ready Challenge programme. It builds on the $15 million CP already planned to invest in the development project in 2021.

In December 2020, CP announced it would design and build North America’s first line-haul hydrogen-powered locomotive using fuel cells and batteries to power the locomotive’s electric traction motors. With the grant announced, CP will build upon its early programme research to convert an additional line-haul locomotive and a yard switcher locomotive. This work will refine the process of converting diesel-electric powertrains to hydrogen-electric powertrains over a series of three categories of locomotive, which collectively represent most locomotives in use throughout North America.

To support hydrogen locomotive operations, the project will include installation of hydrogen production and fuelling facilities at CP railyards in Calgary and Edmonton. The Calgary fuelling facility will include an electrolysis plant to produce hydrogen from water. This facility will operate on renewable power from solar panels at CP’s headquarters campus and produce zero greenhouse gas emissions. The Edmonton facility includes a small-scale steam methane reformation system that will generate hydrogen from Alberta’s natural gas resources. The system will be constructed to accommodate the possible future addition of greenhouse gas capture equipment.

“Alberta is investing to lead the transition to affordable, reliable and clean energy. CP’s initiative represents a highly compelling opportunity to catalyse the hydrogen economy in Alberta and around the world,” said Steve MacDonald, CEO of ERA. “The project will help scale up technology and bring down the costs of deploying hydrogen to address the critical challenge of decarbonizing the long haul, heavy-freight sector.”

CP‘s Hydrogen Locomotive Programme will demonstrate and evaluate the technical performance of hydrogen-powered locomotives and supporting fuelling infrastructure in real-world operations. The programme will generate critical industry knowledge and experience that will inform commercialisation and future development.