Alstom and Hungary’s leading oil and gas company have signed an agreement to cooperate in examining the use of hydrogen technology in rail transportation in Hungary. 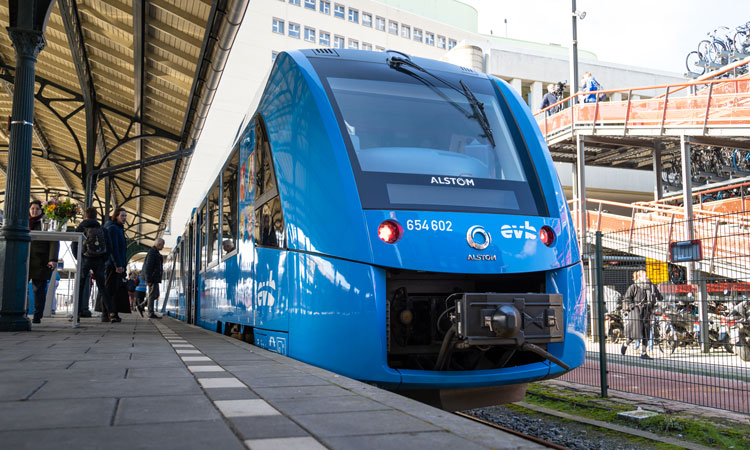 Alstom and MOL, Hungary’s leading oil and gas company, have signed a Memorandum of Understanding (MoU) to structure cooperation in examining the use of hydrogen technology in rail transportation. By signing the MoU the parties have taken a step towards the decarbonisation of Hungary’s rail transport network.

MOL Group produces and utilises almost 150,000 tonnes of hydrogen per year. Building on its business and technological competences, the company takes a key part in the initiative by supplying green alternative fuels.

As outlined during the recent COP26 Summit in Glasgow, countries must accelerate their actions to limit global warming and keep it below the aimed two degrees. The EU’s 2030 climate ambitions remain unchanged – greenhouse gas emissions are to be reduced by 55 per cent compared to 1990. By 2050, the European Union (EU) aims to achieve zero net emissions. Hydrogen trains, such as world’s first hydrogen train Coradia iLint manufactured by Alstom, are an emission-free alternative for non-electrified routes.

Hungary aims to play a leading role in the transition to net zero. Therefore, as part of its National Hydrogen Strategy, the country has been investigating the feasibility of introducing hydrogen technology to rail transportation.

Gaspar Balazs, Managing Director and CEO of Alstom in Hungary, said: “By building the world’s first hydrogen train Coradia iLint, Alstom proved that hydrogen trains are a cost-effective and environmentally friendly alternative propulsion technology. With this MoU, we aim to share our experience in hydrogen technology and help Hungary to begin a new chapter in its rail transportation: the era of net zero. From experience, we know that hydrogen trains are reliable, clean and economical solution for the rail industry.”

Gabriel Szabó, Managing Director of MOL Group Downstream, said: “The time has come to produce hydrogen with lower carbon intensity in line with the regulatory environment and consumer expectations, and to also leverage our knowledge in the field of mobility. As the largest fuel supplier to the Hungarian rail industry, we are pleased to join forces with Alstom. This cooperation will allow us to explore the potential of hydrogen supply and related infrastructure development in one of the most sustainable mobility services, rail transport.”

Alstom is a pioneer of hydrogen technology, having introduced the Coradia iLint to the German market in September 2018. The Coradia iLint trains have run over 200,000km with zero CO2 emission in passenger service in Germany and Austria and has been successfully tested in the Netherlands. Alstom’s hydrogen technology has also been purchased by SNCF (France) and FNM (Italy).

Coradia iLint hydrogen trains are effectively electric trains with a hydrogen-powered fuel cell for onboard electricity generation. The primary energy source of the train is hydrogen, while oxygen is taken from the air and combined with hydrogen inside the fuel cell, which produces all electricity for the train. The battery is used to store braking energy, boost acceleration and auxiliary supply. An intelligent energy management system constantly supervises the energy usage of the train, taking into consideration the track ahead, including slopes, and thus allowing for a range of up to 1,000km. The only emission from a hydrogen train is water; it produces no harmful particulate or gaseous emissions. Operating these trains requires hydrogen refuelling stations. To establish this infrastructure, Alstom already cooperates with oil and gas companies such as Linde in Germany, and Orlen in Poland.