Now that work from home restrictions in the UK have been lifted, a new rewards website has been launched to entice customers back to rail and to encourage commuters to make the most of their journey. 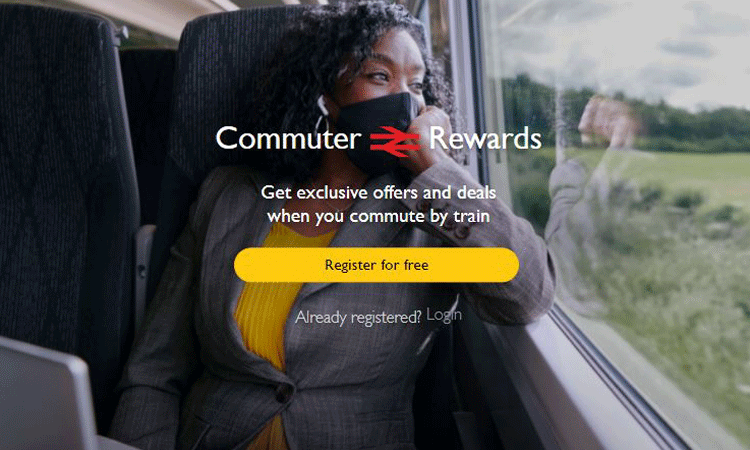 According to a poll from the rail industry 48 per cent of those working from home had been feeling the effects of ‘work from home fatigue’, with this resulting in less motivation (33 per cent), finding it harder to focus (23 per cent) and poorer sleep (25 per cent). Almost half (48 per cent) of those that were working from home whilst the work from home restrictions were in place have said that they hope to return to their place of work two to three times a week now the restrictions have been lifted.

Since the work from home restrictions were removed (17 to 23 January 2022), peak journeys have increased by five per cent. Train companies will be monitoring timetables and in the coming weeks, stepping up the number of trains they operate in a way that reflects demand to help passengers travel with confidence.

Supporting commuters as they return to rail

Train companies have been working together on various incentives to support commuters as they begin to return to the office. In June 2021, the industry worked with the Department for Transport (DfT) to introduce the Flexi Season ticket, which provides commuters with a minimum of 20 per cent discount on an equivalent monthly season, to give them the freedom and flexibility to divide their time between home and the office, if travelling during peak times two to three times a week. Rail users can also amend a booked journey, fee free, up until 18:00hr the day before should their travel plans change with the ‘Book with Confidence’ initiative.

With commuters revealing that learning a new skill (34 per cent), escaping with a good book (27 per cent) and having time to meditate (27 per cent) would be beneficial to self-improvement the rail industry has teamed up with the likes of FutureLearn, The Mindfulness App, audiobooks, and more to offer customers free and discounted perks to help them make the most of their ‘me-time’ when they commute. Other perks include free and discounted food and hot drinks on-the-go.

“Like most businesses that rely on the commuter market we saw our customer base drop by over 50 per cent due to the work from home restrictions coming in to force, and rail commuters no longer coming into the city. We’re delighted to be working with the rail industry on their commuter rewards platform and look forward to welcoming customers back and providing them with delicious, nutritious meals, and drinks on the go,” added Spencer Craig, CEO at Pure.

The rail industry is helping people travel and book with confidence by providing better journey information about busier trains and alternative routes, boosting cleaning, ensuring carriages are well ventilated and helping them change a booked journey fee free should their circumstances change.