GTR survey shows that 84 per cent of young people say they would be more likely to travel by train thanks to smart ticket tech. 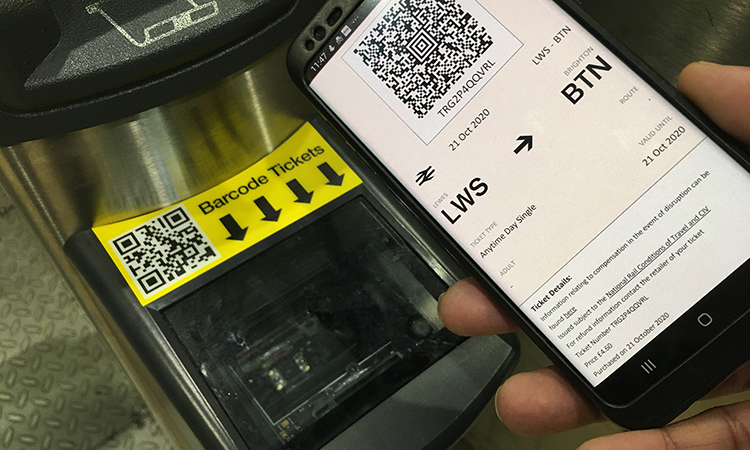 Smart tickets are the future of rail according to a new survey commissioned by Govia Thameslink Railway (GTR), with 58 per cent of consumers saying they would travel by train using smart tickets after learning more about them.

Younger generations were the most interested in switching to smart tickets, with 84 per cent of 16 to 24-year-olds agreeing that they would consider travelling by train more often after learning about the benefits of smart tickets. The research, from the rail operator which runs Southern, Thameslink and Great Northern services, revealed that nearly six in 10 passengers (59 per cent) were previously unaware of smart tickets, and therefore were not familiar with the many benefits of their use.

“Smart ticketing options are now available across the UK,” Ian McLaren, Head of innovation and Chief Finance Officer at GTR, said. “GTR’s Key Smartcard and eTickets offer an easier and faster way to buy, renew and use train tickets, compared to paper tickets. It is now even quicker to load tickets to your Key Smartcard with our app, cutting time spent at the station.”

Following an introduction to smart tickets, consumers agreed they would make travelling easier (35 per cent), remove the stress of losing paper tickets (35 per cent) and, for GTR’s Pay-As-You-Go option KeyGo, guarantee the best value walk-up fare for all the different journeys taken on one day (28 per cent).

It also isn’t just young people who are keen to trade paper tickets for smart tickets; many survey respondents (66 per cent) from the ages of 35 stated nothing would prevent them from using a smart ticket.

“GTR’s durable Key Smartcards provide clear benefits to consumers, such as the best value walk-up fare for the day on KeyGo and automatically prompting passengers to claim compensation for late-running trains,” McLaren continued. “For Govia Thameslink Railway, it’s a major boost for our ambition to reduce dependence on the less-sustainable and less-reliable paper tickets.”