Posted: 9 May 2022 | Elliot Robinson (Global Railway Review) | No comments yet

The ARA has found that national passenger numbers have increased by 5.66 million during the first quarter of 2022. 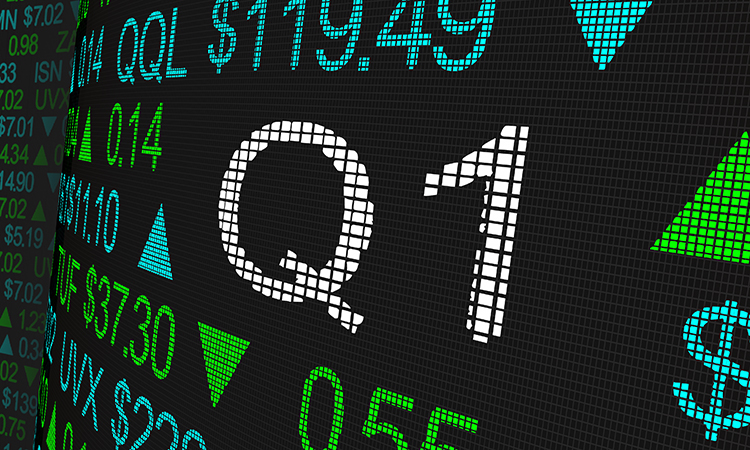 The Australasian Railway Association (ARA) has found that rail patronage rose again in the first quarter of 2022 as people continued to return to the network following the relaxation of COVID-19 restrictions. National passenger numbers increased by 5.66 million passengers or 5.1 per cent during the quarter. This was 0.7 per cent, or 838,149 passengers, below the same time the previous year.

Patronage remained 45.4 per cent, or 96.39 million passengers, down on pre-COVID levels. However, the months of December and January typically see people going away on holiday, making them less likely to be using public transport as part of their daily commute. 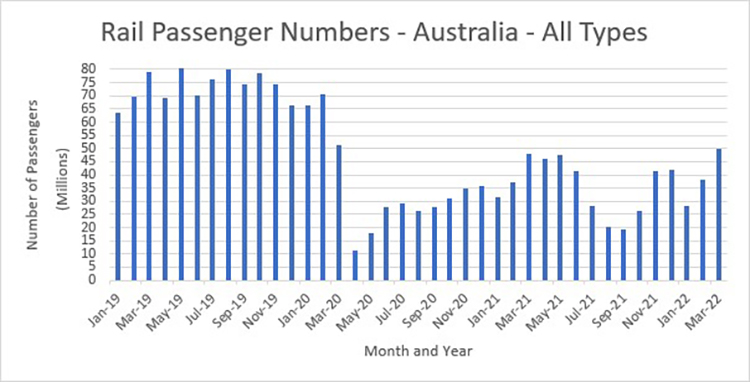 “We are seeing in both Australia and overseas that people are returning to public transport, which is a wonderful indication of the increased level of activity in our cities and towns,” Caroline Wilkie, Chief Executive Officer for the ARA, said. “Passenger rail operators are working extensively to ensure people have a great experience when they return to the network, whether for work, school or getting out and about on the weekend. With rising petrol prices and traffic congestion, there has never been a better time to choose public transport.”

Victoria recorded the biggest rise this quarter, with patronage up 23 per cent, but 33.4 per cent down on pre-COVID levels. NSW and ACT also recorded an increase in passenger numbers during the period. The Queensland floods impacted rail operations in the state during the quarter, where a 25.8 per cent decrease or 2,571,888 fewer passengers was recorded. 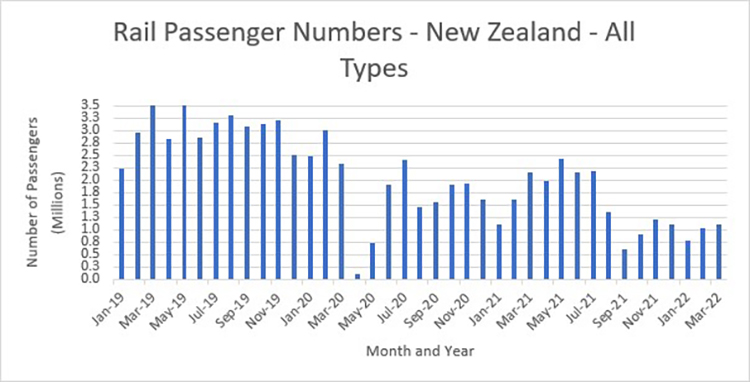 Western Australia saw a 26 per cent fall, equating to 3,109,128 passengers, as it saw the introduction of new COVID restrictions, while South Australia saw a 24.4 per cent decrease or 880,908 fall in passengers during the quarter. Patronage in New Zealand fell by 9.6 per cent or 312,455 passengers during the quarter due to the later onset of the Omicron variant in the country. The quarter was 40.1 per cent down from the same time last year and 66.4 per cent below pre-COVID levels.

Increasing patronage was recorded against all rail modes, with light rail having the greatest rise in numbers. Regional rail passengers increased by 555,990 or 9.6 per cent for the quarter, while urban rail increased by 2.34 million or 2.5 per cent.