The UK Centre for Ecology & Hydrology and Keen AI have been working with Network Rail to develop solutions to remotely monitor biodiversity. 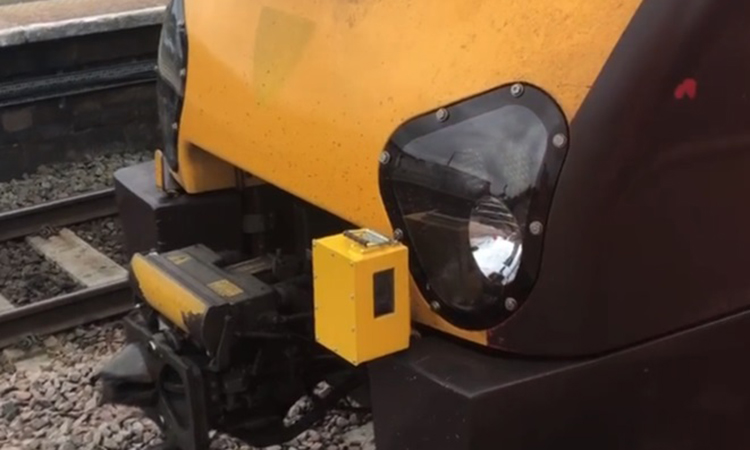 The UK Centre for Ecology & Hydrology (UKCEH) and technology firm Keen AI have been working with Network Rail to develop innovative solutions to remotely monitor biodiversity. They have demonstrated that artificial intelligence (AI) can identify invasive species by the track as well as native trees that are potentially at threat due to disease such as ash dieback.

This information would then enable railway workers to carry out appropriate action to better manage lineside vegetation, as part of Network Rail’s commitment to achieve biodiversity net gain on its land by 2035.

UKCEH and Keen AI have created AI software that can identify ash trees as well as Japanese knotweed (a source of complaints to Network Rail by its neighbours every year), Himalayan Balsam and the poisonous plant Ragwort.  They are now developing camera equipment capable of taking clear photographs of vegetation on a high-speed train, and have held two successful trials, return trips between Birmingham and Aberystwyth, and between Weymouth and Moreton in Dorset.

“The trials demonstrated that we will be able to monitor lineside vegetation safely, cheaply, quickly and at scale,” Dr Tom August, Computational Ecologist at UKCEH, said. “Our equipment was able to take thousands of clear images from a train travelling at up to 80mph, and our AI software can identify ash and other species to a high level of accuracy.”

“Network Rail spends £200 million each year on vegetation management; in order to keep the network operational,” Amjad Karim, Chief Executive of Keen AI, said. “The aim of our work is to give staff at Network Rail the tools they need to safely and accurately identify where action may be required. We’ve been pushing the boundaries of what is possible when it comes to the speed of the camera, quality of images and size of the system, all while keeping it flexible and low-cost.”

In the coming months the team will be improving the system, increasing the rate of image capture, and ensuring each is precisely mapped to where it was taken, even at speeds of up to 100mph. This will ensure the vast majority of trees and plants along a track are recorded. Another way in which AI can potentially monitor lineside biodiversity is by identifying animal species from sound recordings or photographs taken by remote monitoring stations, without the need for surveyors on the ground.

UKCEH has also trialled the use of biodiversity monitoring stations to record bird song and bat calls, which existing AI software was able to identify accurately. Globally, AI software to classify animal species from photographs is still in development.

Network Rail believe that the AI work will support its sustainability strategy which outlines significant changes to the way it manages its land, in order to strike a better balance between running a safe, reliable railway and helping nature thrive. Other innovative, safe, ways that UKCEH is helping Network Rail to measure lineside biodiversity include using high-resolution imagery from satellites and aircraft to produce a detailed national map of all lineside habitats. Its scientists then analysed records of species in similar habitats in each region to predict what animals and plants are likely to be present there.