Network Rail have been given the go-ahead for a rail upgrade in West Yorkshire which will bring a faster, greener, and better-connected railway for passengers in the North. 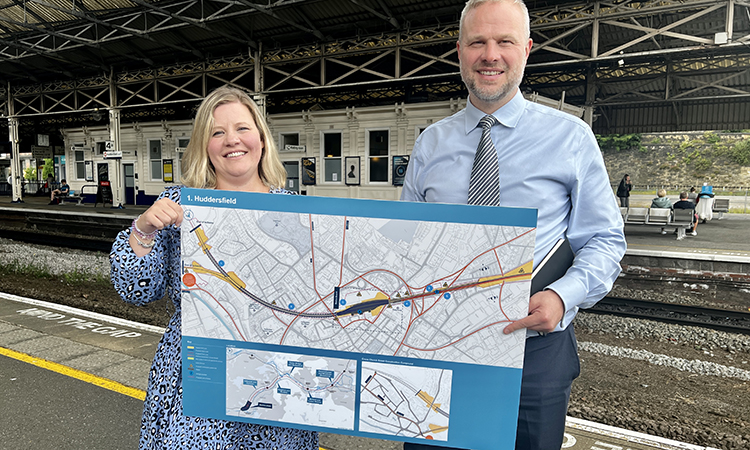 An ambitious multi-billion-pound rail upgrade in West Yorkshire has been approved, bringing a faster, greener, better-connected railway one step closer for passengers in the North of England. It’s the biggest milestone the Transpennine Route Upgrade has ever achieved.

Network Rail has been given the go-ahead to completely transform train journeys between Huddersfield and Westtown (Dewsbury) as part of the Transpennine Route Upgrade. The mammoth scheme will see twice as many tracks installed, major renovations at Huddersfield, Deighton, Mirfield and Ravensthorpe stations, and the track layout reimagined. 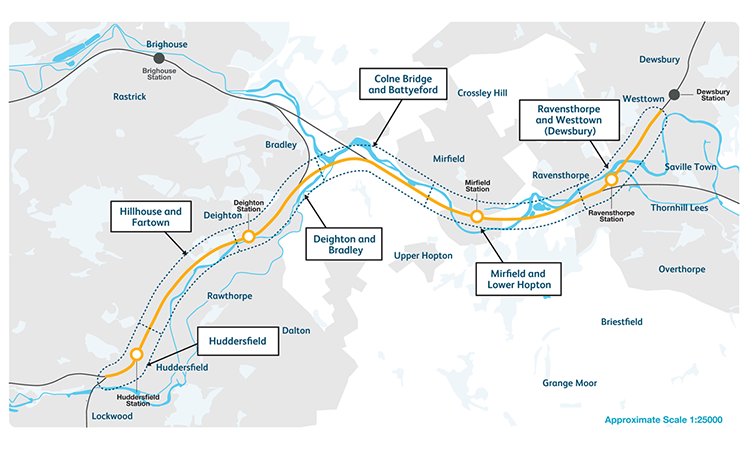 Credit: Network Rail – The route between Huddersfield and Westtown (Dewsbury) set to be upgraded

As well as supporting rapid economic growth in the North of England, these major improvements will ultimately deliver more frequent, faster trains along a cleaner, greener, more reliable railway between York and Manchester.

The Transport and Works Act Order, required for any project that involves building new sections of railway outside of the existing boundaries, was approved by the Secretary of State for Transport six months earlier than planned, kickstarting progress on the ambitious plans and designs. It’s one of the biggest applications ever made by Network Rail.

“This is a massive success for the Transpennine Route Upgrade, it brings us another step closer to delivering faster, more frequent trains, and a greener, more reliable railway for passengers,” Neil Holm, Transpennine Route Upgrade Director for Network Rail, said. “Work on this part of the route is essential for unlocking wider benefits for passengers travelling between York and Manchester via Leeds and Huddersfield. It’ll allow us to run more trains along the route, giving passengers a much better chance of finding a seat and enjoying their journey. I’d like to thank everybody who has shown support and provided feedback on our plans throughout the planning process. Now we have this approval, we can progress our ambitious plans and designs and continue to work with communities on what’s to come.”

Fly-through footage shows how these changes will look, including:

“Last year we committed a record breaking £96 billion to transform the railway, bringing communities together and boosting local economies in the North and Midlands through Northern Powerhouse Rail and the TransPennine Route Upgrade,” Andrew Stephenson, Transport Minister, said. “We will continue to deliver on our promise of more frequent, faster and greener travel for passengers.”

The approval was granted following three years of planning and public consultation, considering the views of residents, rail users and other stakeholders. A public inquiry was held in November and December 2021.

“This announcement is a massive step forward towards delivering a railway fit for the 21st century across the North of England, which will provide real benefits for those that use our services and travel between some of our country’s biggest cities,” Chris Nutton, Major Projects Director for TransPennine Express, said. “The upgrade will not only improve connectivity for the communities that we serve, but also boost the economies of the towns and cities along the Transpennine route, providing greener, faster and more reliable services across the Pennines.”

“This is a significant milestone and a huge vote of confidence for the ambitious plans which will benefit Northern customers, not just along the Transpennine route, but across the entire Northern network,” Tony Baxter, Regional Director (East) at Northern Trains, said. “This work is the key to unlocking the huge potential for our trains and stations to better serve our communities. With faster, more frequent trains and more accessible, easier to use facilities at stations, our customers will benefit from supercharged connectivity between towns and cities across the Pennines, and beyond.”