A new bridge installed near Deighton railway station, which makes it possible for electric trains to run through the area, is part of the Transpennine Route Upgrade. 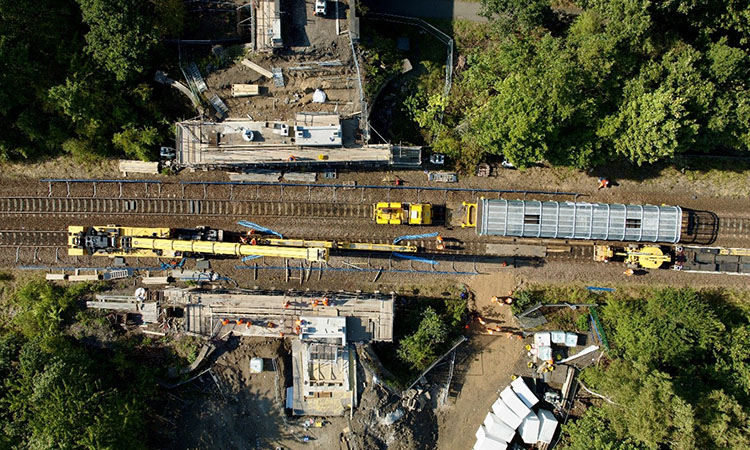 A new, improved bridge has been installed near Deighton railway station. The previous footbridge on Fieldhouse Lane was 172-year-old  and it was replaced with a thinner and taller bridge, giving Transpennine Route Upgrade engineers the space needed to eventually install overhead electric wires. This will make it possible for electric trains to run through the area in future generations, bringing a cleaner, quieter railway for residents and passengers.

Around 150 rail engineers worked around the clock to deliver this essential upgrade. Despite this, road users were unaffected, and pedestrians can now cross the bridge above the railway by foot once more.

“Completely replacing Fieldhouse Lane bridge is a relatively small but important achievement for the Transpennine Route Upgrade,” Hannah Lomas, Principal Programme Sponsor for Network Rail, said. “It takes us a step closer towards our future of faster, more frequent, more reliable rail travel on the Transpennine Main Line. We’re very pleased that passengers could continue to travel mostly by train over the weekends along the Calder Valley route. This was made possible through years of important resilience-boosting work to run more trains, reliably. As the Transport and Works Act Order has been approved, there’ll be many more major upgrades to come in this area.” 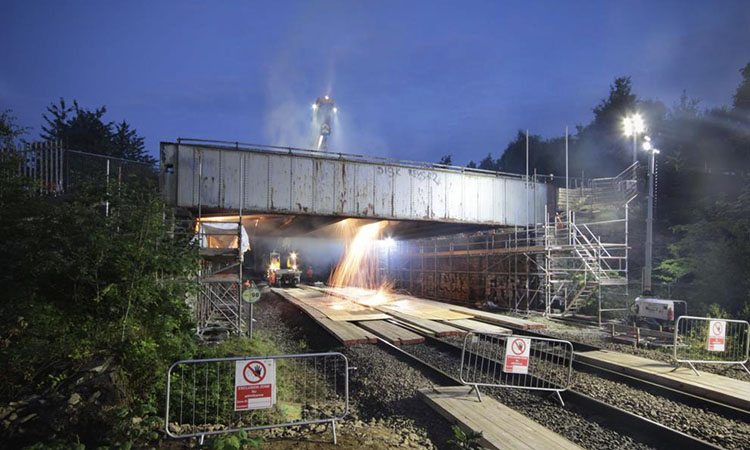 The successful Fieldhouse Lane bridge replacement is one key project in major plans to bring faster, more frequent, greener trains to the Transpennine Main Line. The Transpennine Route Upgrade will see significant improvements completed across the entirety of the Manchester to York line in the coming years. Crucially, the new Fieldhouse Lane bridge opens up this section of the game changing Transpennine Route Upgrade to allow the laying of more rail tracks, doubling the number of lines from two to four between Huddersfield and Westtown (Dewsbury). Once completed, this increase will make it possible for faster trains and greater capacity along the entire route.

“The work carried out to completely replace Fieldhouse Lange bridge was another key milestone in the Transpennine Route Upgrade; delivering a railway fit for the 21st Century,” Chris Nutton, Major Projects Director for TransPennine Express, said. “I would like to thank customers for their cooperation whilst the important work took place.”

Due to restricted access on the site, the existing bridge was dismantled piece by piece, each weighing up to 16 tonnes, using a rail crane. A rail crane was used once more to install the new 3.5-metre-wide footbridge after it was transported from Greater Manchester to near Deighton railway station. It then made its final leg of the journey to Fieldhouse Lane before being lifted into place.