Rail Baltica have re-announced the tender for design and design supervision services for the construction of the Kaunas Urban Node–Vilnius Urban Node section. 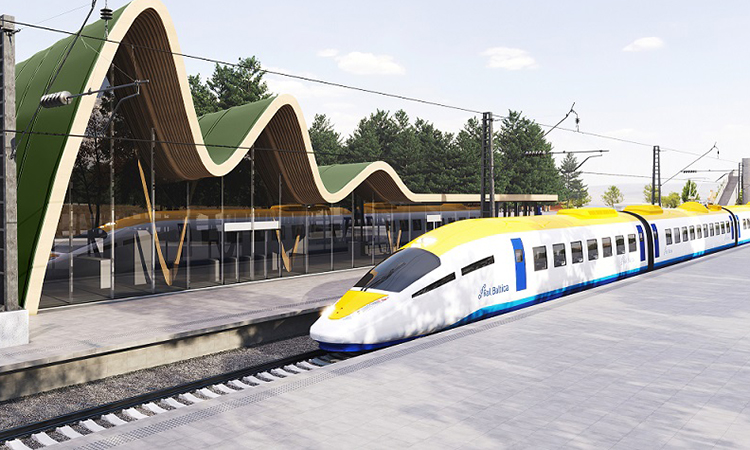 The Rail Baltica global project coordinator and joint venture RB Rail AS has re-announced the tender for design and design supervision services for the construction of the Kaunas Urban Node – Vilnius Urban Node section. It will be implemented in cooperation with LTG Infra, which is responsible for the implementation of the Rail Baltica project in Lithuania.

The first procurement stage is expected to be completed by the end of 2022, allowing the project to proceed with the second phase. The contract of design and design supervision services for the construction of the new 65km long line from Kaunas Urban Node to Vilnius Urban Node is planned to be signed in second half of 2023.

“One of our key strategic goals is to ensure healthy and transparent competition in the Rail Baltica procurements constantly developing the best practice,” Marius Narmontas, Head of the Lithuanian branch of RB Rail AS, said. “Re-launch will help to integrate in the procurement regulation revised qualification requirements allowing wider market participation.”

The overall contract is divided into smaller sections. Master design services include such activities as site investigations, design proposals, master designs including the acquisition of building permit. The contract also foresees the provision of Detailed Technical Design and Design Author Supervision services to be provided upon request.

Trains on the Rail Baltica railway line will be able to travel up to 249km/h. The aim is to remove the present missing link of EU track gauge connection between the Baltic states with the rest of the North Sea – Baltic core network corridor and significantly increase the connections between the main cities along the corridor, efficient synergies with the existing rail network in the Baltics and ensure multimodal connections to roads, ports, and airports. It is planned that the Vilnius region will be served by all planned passenger transport services on Rail Balitca: high-speed, regional, and night trains.