An additional 12 VLocity regional trains are to be locally manufactured by Alstom as part of an existing contract with the Department of Transport in Victoria, Australia. 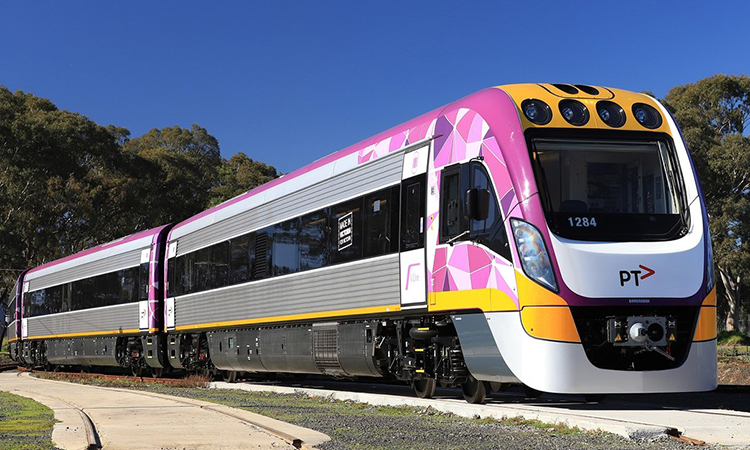 The Department of Transport (DoT) in Victoria has exercised an option under an existing contract to purchase an additional 12 VLocity Diesel Motor Unit (DMU) regional trains (36 cars) for the State’s regional rail network. The 12 new VLocity trains will be delivered following a $250 million investment from the Victorian Government as part of the 2022/23 Victorian State Budget.

The 12 VLocity DMU’s are part of the third option for trains to be ordered under the current rolling stock manufacture and supply agreement that was originally awarded by the State in 2018. The 12 new broad-gauge trains will consist of three cars each, providing a total of 36 new carriages for the operator V/Line which will help support additional and more reliable services for Victoria’s regional rail network. The new trains will operate on the Shepparton and Warrnambool lines servicing those regional communities.

Related new you will enjoy:

Since 2001, Alstom has received orders for a total of 118 standard and broad gauge VLocity regional trains. 99 trains are currently in service and 19 are still to be manufactured. The locally designed trains will be manufactured and tested at Alstom’s rolling stock manufacturing facility in Dandenong, Victoria and will consist of approximately 65 per cent local content, providing a positive boost for the state’s rolling stock supply chain, jobs and skills development.

“Alstom is delighted to continue to support the State with its commitment to provide an outstanding rail service to its regional rail passengers,” Mark Coxon, Managing Director at Alstom Australia and New Zealand, said. “These locally designed and manufactured trains have proven themselves to be safe, comfortable and reliable for nearly two decades which is a true testament to the skills, workmanship and dedication to quality of our local employees.”

The highly reliable trains have helped provide a critical service for the State’s regions, demonstrated by the vast distance the fleet travels on an annual basis. In the past 12 months alone, the VLocity fleet has travelled 39 million kilometres, or the equivalent to travelling to the moon and back more than 50 times.