As part of the last package of Stage Two of the UAE National Rail Network, Etihad Rail have completed tracklaying works on the main line in Sharjah and Ras Al Khaimah. 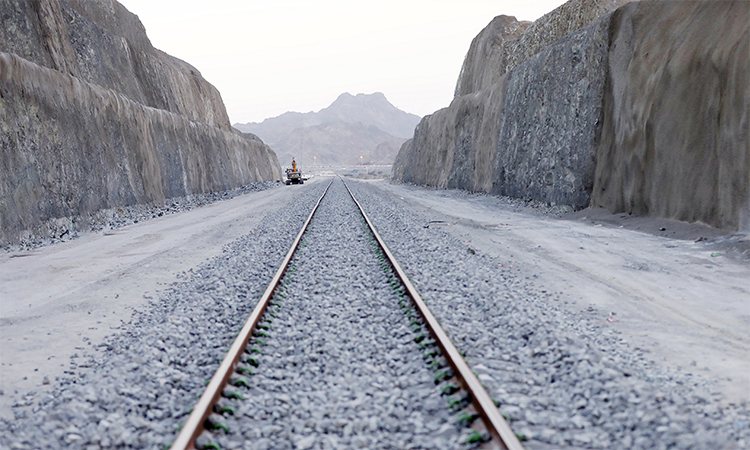 Etihad Rail will continue the tracklaying works in the emirate of Fujairah within the upcoming weeks, bringing closer the completion of the UAE National Rail Network as per the set schedule. This comes in line with the goals of the National Railways Programme, the biggest integrated sustainable transport system in the UAE, which seeks to connect the Emirates via rail and accelerate the country’s sustainable economic development.

The line in Sharjah extends over 45km and is part of the last package of the project, which is 145km in length. The line in Ras Al Khaimah, which extends over 5.7km and connects the Emirate to the main line.

“We have made remarkable strides by completing the main works for the UAE National Rail Network and connecting it to the main lines in Sharjah and Ras Al Khaimah, bringing us closer than ever to completing the network on schedule and achieving our objective of providing an efficient and sustainable transport network that links the country’s emirates, and connects the UAE with the region,” Khuloud Al Mazrouei, Deputy Project Manager at Etihad Rail, said. “This plays a key role in opening up new prospects in the logistics and transport industry, driving social development, and providing promising economic opportunities in the UAE and the region across a range of sectors.

“We are proud to witness this step further drive the success of Etihad Rail in developing the strategic national project, particularly after the consecutive achievements that we have made, most recently connecting the railway freight station in the Industrial City of Abu Dhabi (ICAD) with the main line of Etihad Rail,” Mazrouei continued. “We are moving on track towards perpetuating our success story, with the support of our exceptional national and global talents who are contributing to enhancing the UAE’s infrastructure sector.”

The last package of Stage Two of Etihad Rail project, which runs for 145km from Sharjah to Fujairah port, passing through Ras Al Khaimah, has also seen important developments. The line in the last package of Stage Two has 54 bridges and 20 animal crossings. It also has nine tunnels which extend over 6.9km along Al Hajar Mountains and include the longest tunnel in the GCC for heavy cargo, which extends over 1.8km.