HS2 have begun work in Buckinghamshire and Oxfordshire to excavate 1.9 million cubic metres of rock and earth to create two cuttings.

HS2 Ltd has begun work on two of the longest cuttings on the new high speed rail project, where 1.9 million cubic metres of rock and earth must be excavated to provide a level bed for the railway. 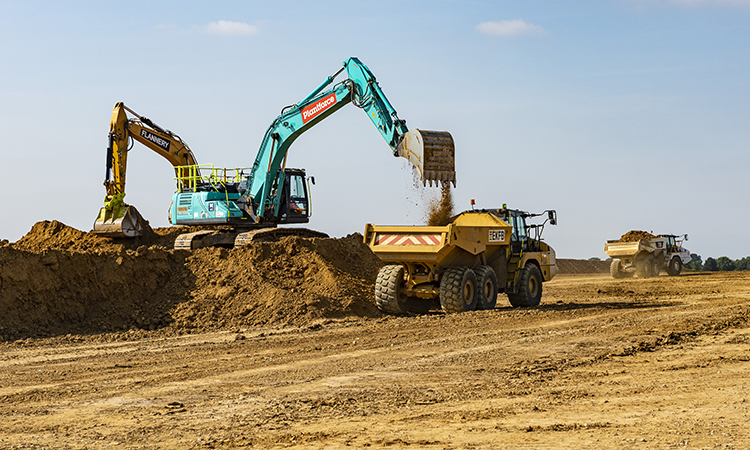 Excavation works at the Barton to Mixbury cutting. Credit HS2

The 2.5 mile (4.1km) Barton Hartshorn to Mixbury cutting, near Brackley, will be the project’s longest cutting, with 1.3 million cubic metres of material set to be excavated in stages over the next three years. Running across the boundaries between Buckinghamshire and Oxfordshire, the cutting will be up to 11m deep and will be crossed by six road, foot and bridleway bridges in order to keep communities connected. Material from the excavation – expected to be a mix of clay, sand, gravel, and limestone – will be reused elsewhere on the project to help create embankments, noise barriers and landscaping. Sourcing these materials on site also helps to reduce the number of lorries on local roads.

“Construction is now well under way across the whole first phase of the HS2 project, with almost 28,000 jobs now supported across the UK and our initial earthworks made good progress over the summer,” Rohan Perin, Project Client for HS2 Ltd, said. “Some of the longest cuttings will be in Buckinghamshire and Oxfordshire, reducing noise and visual impact for local residents while carrying the new high-speed line under a series of road and railway bridges. It’s great to see a strong start to work on site.” 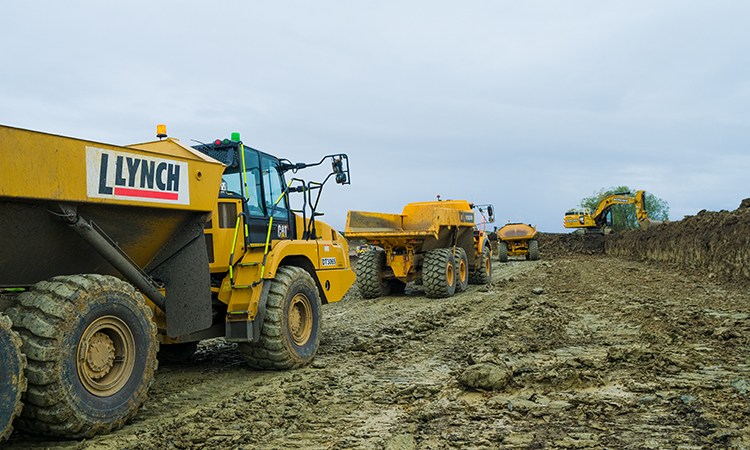 Excavation also recently started at the nearby Calvert cutting, which will take the line for 2.1 mile (3.4km) past the Buckinghamshire villages of Calvert Green and Steeple Claydon, roughly following the route of the disused Great Central Railway, which closed in the 1960s. The cutting will take the line under four road bridges and the new East West Rail route, which is also currently under construction.

Around 685,000 cubic metres of material will be excavated to create the Calvert cutting which will be up to 9.7m deep and wide enough to allow extra local railway lines to be added alongside the HS2 main line at a later date. Other major cuttings, at Turweston in Northamptonshire, Waddesdon in Bucks, and Ladbroke, in South Warwickshire, are also well under way. Construction of the two cuttings is being led by HS2’s main works contractor, EKFB – a joint venture between Eiffage, Kier, Ferrovial Construction and BAM Nuttall. 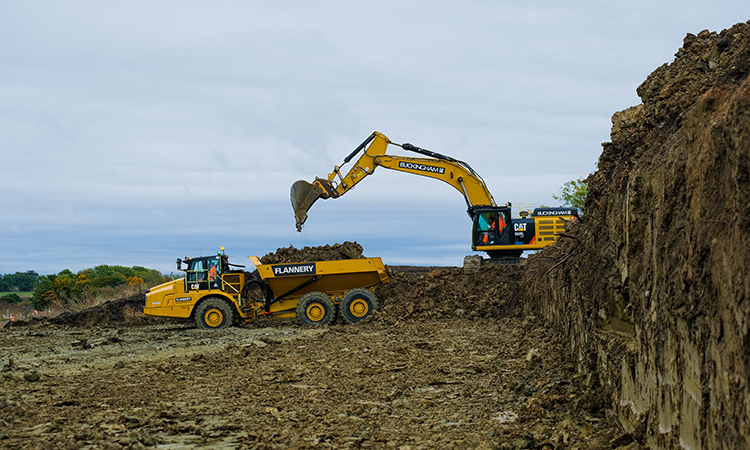 “The earthworks at our longest cuttings are well underway and progress is steaming forward,” Dan Hockey, Deputy Project Director for EKFB, said. “While our works continue to progress, we have our local communities in mind and we’re continuously using our internal site access road to move people and materials around, reducing the impact on the local roads around our site areas.”

Across the 80km section of the HS2 route through Buckinghamshire, Oxfordshire, and West Northants, EKFB will need to shift approximately 36 million cubic metres of earth and rock over the next three years. Around 99 per cent of this will be moved within HS2 land using a dedicated network of haul roads to reduce traffic on public roads. In total, the first phase of HS2 will include 70 cuttings to keep the railway level as it crosses the countryside between London and Birmingham.