GCRE have acquired a 700-hectare site which will be transformed into a new UK hub for railway innovation. 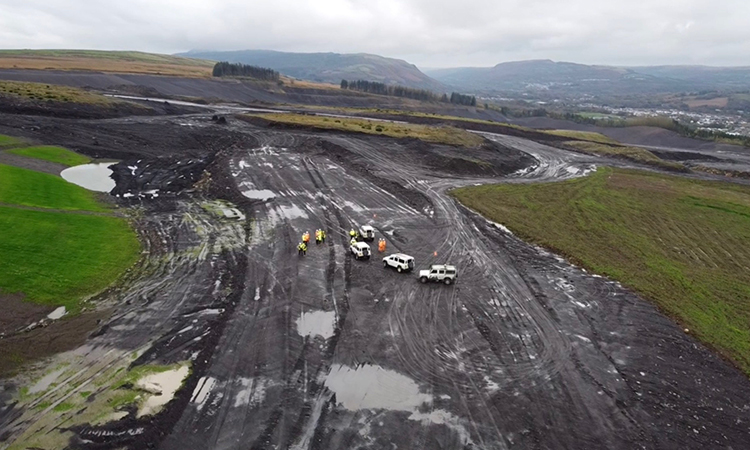 The Global Centre of Rail Excellence (GCRE) has reached a major milestone with the formal acquisition of the former Nant Helen opencast site and Onllwyn Washery in South Wales from opencast mining company Celtic Energy.

The 700-hectare site at the head of the Dulais Valley in south Wales will now be transformed and developed to become the UK’s ‘one stop shop’ for railway innovation, from research and development, through testing, verification, and certification, to applied innovation on mainline passenger and freight railways.

Outline planning consent for GCRE was granted by Neath Port Talbot Council and Powys County Council in 2021. A range of consultants and contractors including Hirwaun-based Walters Group, Atkins, Fifth Studio, Arcadis, and Mott MacDonald are now working in an alliance to design the site and begin preparation for construction in early 2023.

GCRE is split in to three core phases:

“The Global Centre of Rail Excellence being constructed here in Wales is one of the most critical and creative infrastructure projects happening anywhere in Europe,” Vaughan Gething, Wales Minister for Economy, said. “Its significance to the local community and the Welsh economy should not be underestimated. This is a vital regeneration project which will create much-needed jobs and skills. I’m confident it will support a bright industrial future for the Dulais Valley and the surrounding area.”

“GCRE will be a unique facility offering world class testing of infrastructure, rolling stock and new technologies that will fill a much-needed gap in the rail industry,” Lee Waters, Deputy Minister for Climate Change, said. “Crucially, it will help manage the cost of rail projects by testing ideas earlier before their deployment on projects and support the vital innovation we need to get to Net Zero. The formal acquisition of the land now paves the way for the start of construction by allowing GCRE and their contractors to take control of the site and begin to establish the infrastructure required to turn this ambitious and exciting vision into reality.”

“We are moving at pace to deliver on our ambitious plans to deliver a modern and comprehensive rail testing and innovation facility, building our team and preparing for construction with the aim of having our commercial rolling stock storage facility available to the market within the next 12 months,” Simon Jones, Chief Executive of GCRE, said. “The next stage of our procurement process will begin shortly with both a meet the buyer event and the launch of a separate innovation competition to give potential suppliers and partners the opportunity to find out more about how they can get involved.  This will be followed by the launch of an exciting investment prospectus to attract private funding for the project. With the support of the Welsh and UK Governments and Powys and Neath Port Talbot local authorities, we really are on a mission to put Wales and the UK at the very heart of 21st century sustainable transport innovation.”