The Global Centre of Rail Excellence (GCRE) has appointment Gail Hawthorne and Simon Blanchflower CBE as Non-Executive Directors, and Rob Thompson as new Director of Implementation. 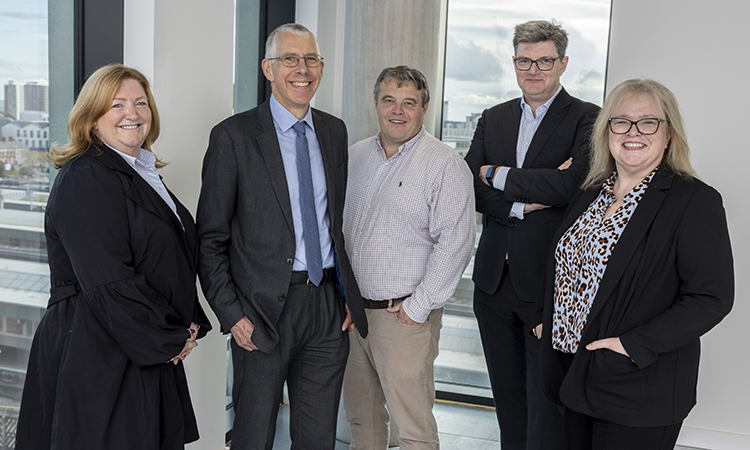 Gail Hawthorne, Simon Blanchflower CBE and Rob Thompson have all be confirmed to join the Global Centre of Rail Excellence (GCRE).

As a commercial lawyer and Barrister, Gail Hawthorne specialises in advising global public, private and third sector organisations that operate in highly regulated industries on compliance and risk mitigation. This includes having worked at the Bar and in private practice as a commercial litigator and as interim Group Legal Counsel for Scottish Water. She is also a former panel advocate to the Equality and Human Rights Commission.

A Fellow of the Institution of Civil Engineers, Simon Blanchflower CBE retired from his role as CEO of the East West Railway Company in March 2022, having successfully established the company and secured funding for the first stage of the project which will connect Oxford and Milton Keynes. He has had a long career leading the development and delivery of major rail infrastructure projects including being the Major Programme Director on the Thameslink Programme. He is also the Deputy Chair of the London Legacy Development Corporation which is responsible for securing the legacy from the London 2012 Olympics.

“Led by Simon Jones as Chief Executive, we’re building the team that will deliver the premier rail research, testing and validation centre in Europe, providing complete and world leading services for the whole rail industry,” Dr. Debra Williams, Chair of GCRE, said. “With the formal land acquisition from Celtic Energy now complete, we’re preparing for the start of construction with the aim of having our commercial rolling stock storage facility available to the market within the next 12 months. We’re grateful to Will for his contribution to the Board enabling us to work in close collaboration with Celtic Energy as the previous landowner over the last two year period. We now look forward to formally welcoming Rob to the GCRE team as we scale-up ready to deliver our vision of becoming the ‘one stop shop’ for railway innovation. We’re also delighted to be strengthening our Board with the appointment of Gail and Simon, both of whom bring a wealth of experience in the delivery of major infrastructure projects.”

The GCRE project is located in the Dulais Valley in South Wales and is being supported by both the UK and Welsh Government. The project is split in to three core phases:

The first phase of the masterplan construction is expected to be completed by the middle of 2025.