Hitachi Rail have been awarded a contract worth €867 million to deliver ERTMS digital signalling on Italy’s rail network. 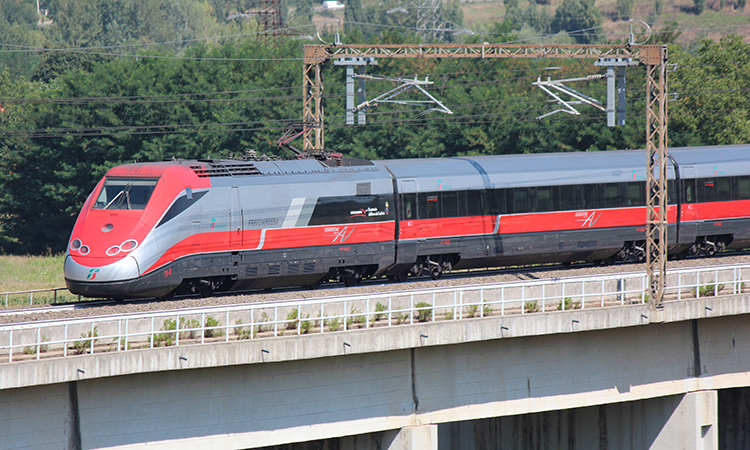 Hitachi Rail has been awarded a Framework Agreement worth €867 million, as the leader of a consortium of companies, to design and deliver European Rail Transport Management System (ERTMS) digital signalling on 1,885km of the Italian rail network.

The new contract covers central and northern Italy – including the lines of Emilia Romagna, Tuscany, Piedmont, Lombardy, Liguria, Veneto, and the Friuli-Venezia-Giulia regions. The contract, awarded by Ferroviaria Italiana (RFI), follows the award of a €500 million framework agreement to Hitachi Rail for the design and implementation of ERTMS digital signalling on 700km of rail lines across Italy in November 2021.

ERTMS is the most advanced system for the digital control of railways, allowing more trains to use the lines while improving speed and reliability. The technology will allow trains from neighbouring European countries to operate on Italian lines without interruption, with the aim of creating one seamless rail system throughout Europe. ERTMS is already in use on Italy’s high-speed rail lines, with the benefits now being extended to regional lines.

The technology includes a radio system enabling communication between the train and the track, as well as automatic activation of emergency brakes in case of danger or if trains exceed the track’s speed limit. By regulating speed, acceleration and braking, the technology enables trains to travel across the network in more efficiently and thereby reduces energy consumptions and reduces the railway’s carbon footprint.

Hitachi Rail is a global industry leader in digital signalling and is the first provider to introduce ERTMS technology in Europe – in the UK, Italy, Spain, Sweden, and France – and in the highly competitive markets of China and India.

“We are delighted with this contract, which will allow us to implement digital signalling technology on an additional 1,885km of the Italian railway network,” Michele Fracchiolla, Executive Director of LoB Rail Control in Europe and Australia for Hitachi Rail, said. “ERTMS technology will bring huge benefits to passengers by enhancing train reliability, punctuality and frequency, with the aim of creating- an integrated European rail network.”