LTG Link and the Ministry of Transport and Communications have signed a passenger transport agreement for 2023-2032 to create even more convenient conditions for rail travel. 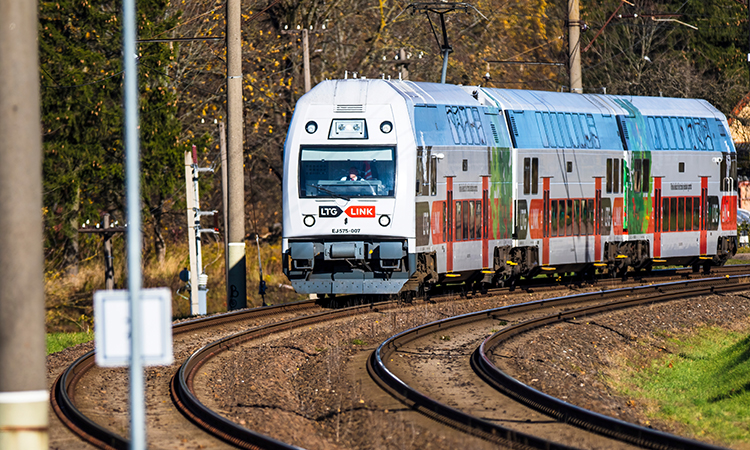 The Ministry of Transport and Communications and LTG Link, the passenger transportation company of the Lithuanian Railways Group, have signed a passenger transport agreement for the period between 2023 and 2032 aimed at creating even more convenient conditions for rail travel, promoting the use of more sustainable public transport and reducing the impact of transport on the environment.

The need to conclude such an agreement and to finance railway routes that are necessary to ensure the population’s need to travel by public intercity transport, but are not commercially profitable, is laid down in the Regulation of the European Parliament and the Council on public passenger transport services by rail and by road and is common practice in the European Union.

The average annual amount of co-financing for passenger transport is expected to reach €40 million, which will not only ensure the necessary financing, but also update the train fleet.

Reactions to the agreement

“The agreement with LTG Link has, for a decade, anchored the parties’ desire to further encourage citizens to choose train travel as well as increase the attractiveness of train journeys and improve the quality of services provided,” Marius Skuodis, Minister of Transport and Communications, said. “Also, this agreement will increase the quality requirements for the company, will help strengthen control, coordinate schedules, and provide long-term financing. What is extremely important – we are laying a solid foundation for the renewal of the entire train fleet.”

“This agreement marks a new milestone in the development of green rail transport,” Linas Baužys, CEO of LTG Link, said. “Long-term funding will allow us not only to plan and implement what passengers need today, but to also plan for the renewal and expansion of a fleet of trains that is accessible to all people. With the changes planned over the next ten years, we hope to make a targeted contribution to promoting sustainable rail travel, reducing the environmental impact of transport and increasing the accessibility of rail services across the country.”

Aims of the agreement

The Ministry of Transport and Communications and LTG Link have agreed on the procedures for establishing train routes, public service quality requirements and control measures. LTG Link will coordinate each year the preliminary timetable for next year’s train operation. The aim will also be to better adapt bus routes to train timetables and to ensure further passenger journeys.

The agreement also provides for the possibility for the municipalities concerned to contribute to the improvement of rail public services by addressing the peculiarities and needs of each region, coordinating train and local public transport routes, setting up ‘Park & Ride’ car parks as close as possible to train stations, creating a single ticket system or taking other measures to encourage as many people in the region as possible to choose travel by train. The Agreement between the Ministry of Transport and Communications and LTG Link entered into force on 1 January 2023.