With over 30 years’ experience in the rail industry, Mike Bagshaw has been appointed as MTR Elizabeth line’s new Managing Director. 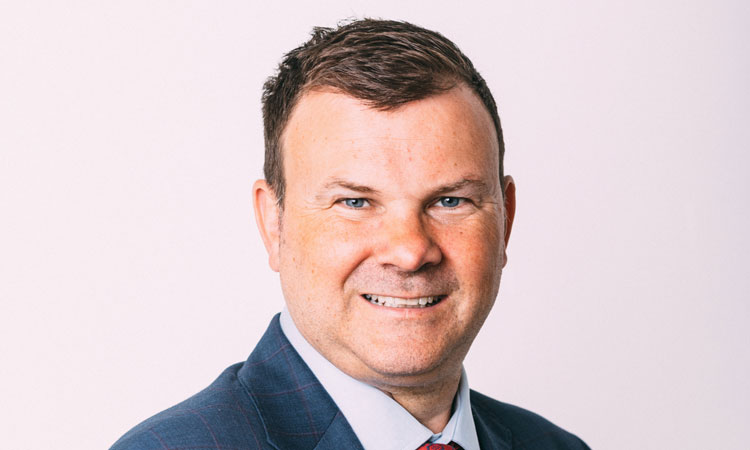 MTR Elizabeth line (MTREL) – the UK train operator delivering the Elizabeth line for London – has appointed Mike Bagshaw to the role of Managing Director. Mike has over 30 years’ experience in the rail industry which has included strategic leadership roles at Arriva Trains Wales, Chiltern Railways, and First Great Western.

Mike first joined MTR in 2016 as Bid Director, before becoming Performance and Planning Director of MTR Elizabeth line in 2018, and Chief Operating Officer of its parent company MTR UK in 2021.

During his career at MTR, Mike’s responsibilities have included overseeing the planning and delivery of the end-to-end Elizabeth line, developing industry-leading operational performance and planning capability, and expanding a successful operating business portfolio. Mike is highly skilled in delivering strategic and transformational projects that bring wide-reaching benefits to customers and communities.

In November 2022, Mike took part in Global Railway Review‘s Digital Rail in-person event in London, where he took to the stage during a panel discussion to talk about how the operator uses of digitalisation to plan for a high-performing railway.

“Having previously held the position of Performance and Planning Director, I am delighted to be returning to MTR Elizabeth line as Managing Director to lead the organisation through its next exciting chapter,” said Mike. “From my current role as Chief Operating Officer for MTR UK, I have seen first-hand the extraordinary commitment of the MTREL team to bring the Elizabeth line to life. The results speak for themselves with the line seeing an average 3.6 million journeys every week, and recognised for its punctuality, reliability, and outstanding level of customer satisfaction.

“This unwavering commitment to our customers and ambition to achieve the highest levels of performance sets the tone for the delivery of the remaining stages of the project and future operations of the landmark Elizabeth line.”

As Managing Director, Mike will lead the team through the final stages of the plan which will see a further timetable change in May 2023 and the expansion of through-running across the Elizabeth line route.

Steve Murphy, CEO MTR UK, said: “During his impressive MTR career to date, Mike’s responsibilities have included overseeing the planning and delivery of the end-to-end Elizabeth line, developing industry-leading operational performance and planning capability, and expanding a successful operating business portfolio. This, along with his extensive industry experience with operators including Arriva Trains Wales, Chiltern Railways, and First Great Western, made him the ideal choice to lead MTREL into the final stages of the existing concession agreement, and beyond.”

MTR Elizabeth line’s current Managing Director, Nigel Holness, has taken the decision to step down from the role in early February 2023, remaining with the organisation and re-focusing his
efforts on developing future business opportunities at MTR. Nigel said: “I returned to the UK to lead MTR Elizabeth line in its role, working closely with TfL and Crossrail, to open the Central Operating Section of the Elizabeth line and to connect it with our east and west railways creating an integrated service for customers. I have achieved this objective and feel that the time is now right to move onto other challenges. Opening the Central Operating Section and successfully launching the Elizabeth line has been incredibly challenging and is an extraordinary career highlight.

“The Elizabeth line is now the UK’s fastest growing railway and has achieved record levels of customer satisfaction. However, I feel that now is the right time to handover to Mike, for whom I have great admiration. Mike’s experience and passion for MTR Elizabeth line and the rail industry will help to ensure the successful delivery of the final stages of the plan and build on our
operational successes to date. I am immensely proud of the team – especially my frontline colleagues – and our collective achievements over the past two years and am delighted to be
continuing my journey with MTR as we bolster our business for the future.”

Steve added: “Since joining us in early 2021, Nigel has guided MTR Elizabeth line through one of the most enviable success stories of the rail industry. The past two years have been a challenging, exhilarating rollercoaster and ultimately a hugely successful period for the business. Nigel’s leadership during this time has been exceptional and I would like to place on record my sincere thanks to him for his contribution.”

SNCF Réseau renews its commitment to a positive safety culture