TfL has announced that almost 70m journeys have been made on London’s Elizabeth line since May 2022, with businesses in and around the line’s new stations benefitting from the footfall. 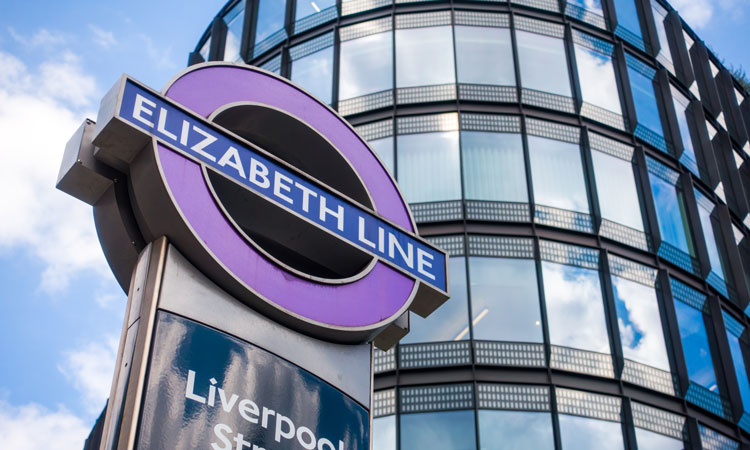 Nearly 70 million journeys have been made on London’s new railway – the Elizabeth line – since its official launch in May 2022, with half of these made in the central section between Paddington and Woolwich. Business groups and small businesses in and around the line’s new stations are also hailing its transformative effect.

Faster connections mean it’s easier and more affordable than ever for Londoners and visitors to make the most of what the capital’s businesses have to offer at a pivotal time as they continue to recover from the pandemic.

In a further boost to businesses, as of November 2022, direct Elizabeth line services now run from Reading, Heathrow and Shenfield into and out of central London. This means customers can travel east all the way to Abbey Wood without needing to change at Paddington mainline station and can travel west from Shenfield without changing at Liverpool Street mainline station, making journeys quicker and easier. Trains now run every three to four minutes between Paddington and Whitechapel.

Customers can also now use the Elizabeth line seven days a week following the start of regular Sunday services through central London. This is all the more important for businesses in the run up to the festive period, which is the busiest time for many retailers.

The final Elizabeth line station, Bond Street, opened a month ago, adding more capacity to the West End and supporting the area’s growth.

The Mayor of London, Sadiq Khan, said: “Delivering the transformational Elizabeth line has provided a massive boost to London’s businesses this year, crucial after the pandemic. This is helping us to continue building a better London for everyone – a city that is fairer, greener and more prosperous for all. Since it opened six months ago, millions have already travelled on the Elizabeth line and it’s already brought a huge range of benefits – encouraging people back on to public transport, helping them to make the most of the capital and supporting businesses right across our city. The benefits of the Elizabeth line expand far beyond London, as its helping to contribute £42 billion to the UK economy and support businesses right across the country.”

Transport Secretary, Mark Harper, said: “In just six short months we’ve seen more than 60 million journeys along the Elizabeth line, driving growth not only within London but across the wider region. This incredible project, which government invested over £9 billion into, has already created over 55,000 jobs and is expected to generate £42 billion for the entire UK economy, is a shining example of what we can do when working together.”

Andy Lord, London’s Transport Commissioner, said: “I am extremely proud that the Elizabeth line has not only become part and parcel of travelling in London and the South East over the past six months, but that it is also showing how sustainable and affordable transport can drive the city’s economic growth and recovery. We look forward to welcoming many more customers onboard as they experience and enjoy the very best of what the capital has to offer as the festive season begins.”

Dee Corsi, Chief Executive at New West End Company, said: “We are six months on from the opening of the Elizabeth line and London’s West End is already reaping the benefits. Offering speedy gateways via Tottenham Court Road and Bond Street, the high-speed line has not only improved the commuter experience for domestic and overseas visitors looking to make the most of London’s West End, but has also significantly boosted our recovery in the lead up to the festive season, with £1.55 billion set to be spent across West End businesses. Looking further ahead, the long-term impact of the line cannot be downplayed, with our latest research showing that the increased visitor numbers will influence over £700 million a year in additional sales, driving a significant part of our turnover growth.”

Andrew Keith, Selfridges’ Managing Director, said: “It’s fantastic to see Bond Street Elizabeth line station now open, making accessing the West End easier than ever. As we approach the festive season, this addition to central London’s transport line will be vital for bringing visitors from around the world together to experience the Christmas spirit at Selfridges and beyond.

Antonio Ghirarduzzi, Director at The Bagel Factory, said: “The Elizabeth line has helped us reach new customers and bridge the sales gap which was created by the COVID-19 pandemic. Both our units at Paddington Praed Street and at Canary Wharf have seen steady progress of sales in the last few months since the opening of the line.”