Siemens and DB Cargo AG have signed a framework agreement for the delivery of 100 locomotives for the Rhine-Alpine-Corridor. 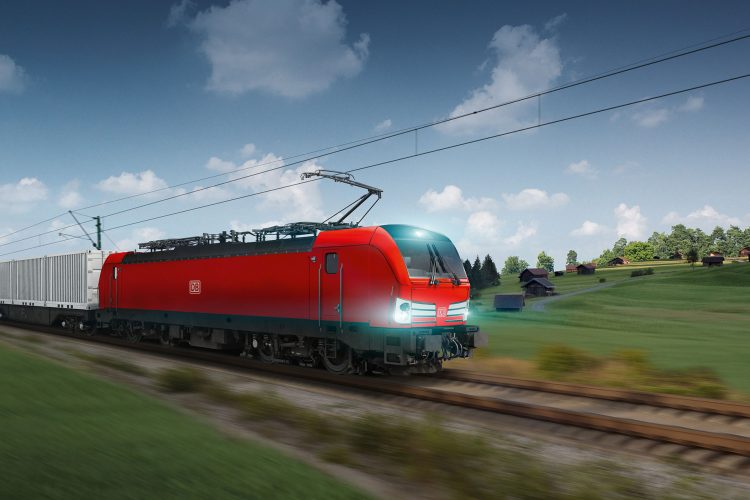 Deutsche Bahn will initially be purchasing 60 Vectron multisystem locomotives from Siemens, which can be used for cross-border transport and are worth a quarter of a billion Euros, with the aim to eventually purchase 100 new main line locomotives.

“Thanks to the new locomotives as well as other planned investments in modern freight wagons and additional operating staff, we are creating the optimal conditions to be able to shift more transport from road to rail,” said Berthold Huber, Member of the DB Management Board for Passenger Transport and Interim Member for Freight Transport and Logistics. “We are not only capitalising on the current increase in demand and the reorganisation of DB Cargo as part of the Zukunft Bahn programme; we are also translating the potential of the master plan for rail freight transport and much lower track access charges into better services for our customers.”

They vehicles will be equipped with European Train Control System (ETCS) technologies and will be used on the Rhine-Alpine corridor in Germany, Austria, Switzerland, Italy, and the Netherlands, and beginning in 2020 in Belgium as well. They will be built in the Siemens plant in Munich-Allach, Germany.

“With this order, DB Cargo is investing in the future of freight transport by rail,” added Jochen Eickholt, CEO of Siemens Mobility Division. “The ordered multisystem locomotives will make it possible to operate a train from the Netherlands to Italy without changing locomotives. This will make European freight transport fast, efficient and environmentally friendly.”

The first five locomotives will go into operation as early as December 2017. The additional 55 locomotives are scheduled to be delivered in the second half of 2018.