More Scotland-London passengers have chosen rail rather than air travel than at any time in more than 20 years. 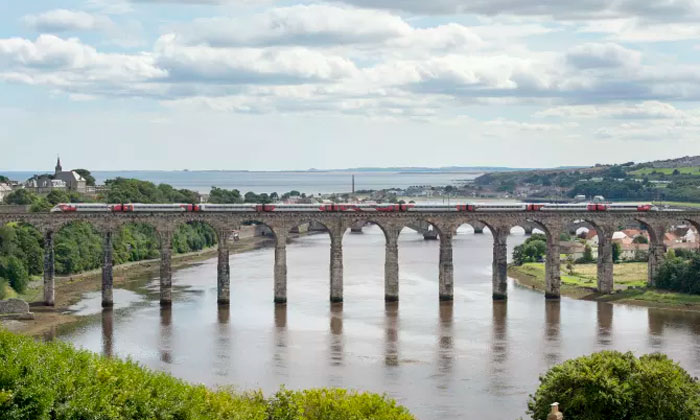 New figures reveal an 18% year-on-year growth in Virgin Trains passengers travelling between Glasgow/Edinburgh and London in June 2017. This leaves Virgin with a 33% share of the air/rail market on the UK’s busiest domestic air routes, beating a previous record set in 2014.

The shift coincides with a new report which explores the environmental benefits of train over plane travel.

Further information, and the report in full, ‘A Green Journey to Growth’, can be found here: http://transformscotland.org.uk/blog/2017/08/21/new-research-shows-shift-from-air-to-rail-has-cut-carbon-in-scotland-london-travel-market/

Virgin Trains has implemented a string of customer service improvements introduced over the last two years.

On the east coast route, Virgin has completely refurbished its train interiors and introduced 25 additional direct London-Edinburgh services per week, while the west coast route has seen punctuality improve to its best level in more than a decade.

Both business have lowered fares to compete more aggressively with airlines and introduced BEAM, the industry-leading on-board entertainment app that allows customers to stream hundreds of hours of leading films and TV to their devices.

In June, a total of 180,000 customers travelled on Virgin Trains services between Edinburgh and London and the east coast and Glasgow and London on the west coast, up from 152,000 a year earlier.

This represented 33% of the total air/rail market (not including Sleeper services), up from 32% in June 2014, according to figures for direct air journeys provided by the Civil Aviation Authority (CAA).

The increase in market share for rail journeys comes against an increase in the overall travel market, with air and rail travel between Glasgow/Edinburgh and London increasing from 6 million in 2014 to 6.7 million in 2016.

Virgin Trains aims to win 50% of the air/rail market share between Edinburgh and London by 2023 after the introduction of its Azuma fleet, which will allow regular journeys to be reduced to just four hours.

The shift has been welcomed by Scotland’s Transport Minister, Humza Yousaf MSP, who said:

“The Scottish Government has set some of the toughest climate change targets for the people of Scotland. I am therefore delighted to hear of the increase in the use of our railway, as it is a fundamental part of achieving our greener transport aspirations.”