First iconic purple roundels have been installed on Elizabeth line

With 11 months to go until opening of new railway, the first roundels and new signs, have been revealed and put in place on the Elizabeth line… 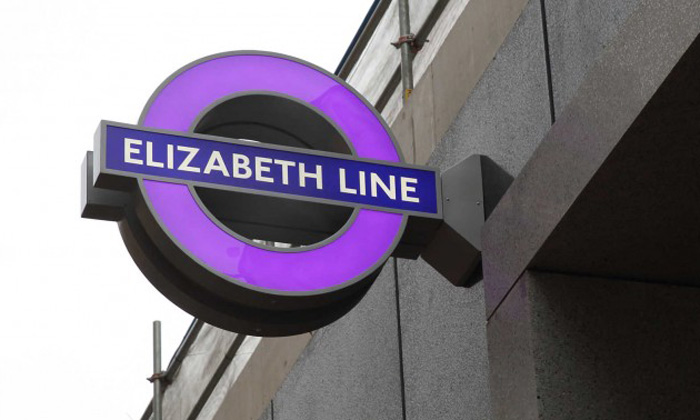 The latest version of Transport of London’s (TfL’s) historic design has made an appearance at Tottenham Court Road Station, Farringdon Station and Custom House Station; a milestone for Europe’s largest infrastructure project.

The new Elizabeth line is expected to bring quicker, easier and more accessible journeys to London when it is launched in 11 months. The line is scheduled to open in December when 10 new stations, all step-free, will be revealed.

The new railway will feature the recognisable and iconic roundels and signage with the celebrated Johnston typeface; bringing uniformity to London’s transport network. The manufacturing of the new signs has been done mostly in the UK and the new addition to the roundel tradition – the purple Elizabeth line roundel – has been carefully designed to ensure it is visually distinctive.

“No other city is as defined by its transport system as London. The roundel is at the heart of our heritage, guiding Londoners and visitors to our city for over 100 years,” said Mike Brown MVO, London’s Transport Commissioner. “Our new railway, the Elizabeth line, will balance cutting edge engineering with the familiarity of traditional TfL design. Introducing the next generation of roundels to our stations brings us one step closer to the launch of the Elizabeth line this December.”

The Elizabeth line is sponsored by Department of Transport and TfL and will connect Paddington to Canary Wharf in just 17 minutes. Also available in December will be services from Paddington – Abbey Wood, Paddington – Heathrow and Liverpool Street – Shenfield.

Val Shawcross, Deputy Mayor for Transport said: “The new roundels also show the huge benefits that Crossrail has provided to the economy all across the UK.  With businesses involved from Exeter, Glasgow and the Isle of Wight, it shows once again that Crossrail is a project that will not just benefit Londoners, but is benefitting the whole country.”

Fifteen trains per hour are planned to operate in the new tunnels which increases the trains per hour through the central section to 24 by May 2019. By December 2019, passengers from Reading and Heathrow will be able to travel all the way to the West End without a change of train.

Travel within London and across the South East will be transformed, carrying over 200 million customers each year. Rail capacity in central London will be increased by 10 per cent, congestion on the underground is to be reduced and an extra 1.5 million people will be within 45 minutes commuting distance of London’s key employment areas.

These new stations and travel links are expected to boost the economy by £42 billion overall.