Following a survey which attracted over 8,000 responses for 107 stations, Southeastern and Network Rail selected stations they feel have the strongest case for funding. 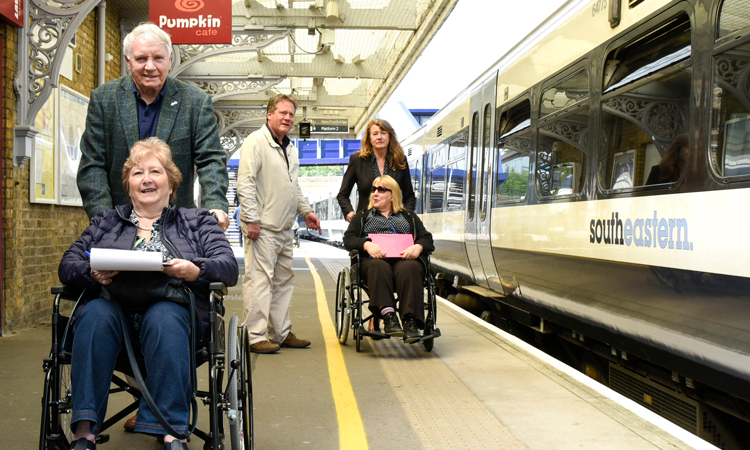 Southeastern and Network Rail have nominated 22 stations to be considered by the government for step-free access funding under the Government’s Access for All scheme, in the industry’s next five-year financial period.

The scheme delivers funding for stations without step-free access, enabling infrastructure improvements such as new lifts and footbridges.

The Department for Transport will consider the nominations it has received from, and other nominations from other operators across the country, together with individual submissions from stakeholders and passengers, before making a final decision on which stations will receive funding under the scheme.

The £300 million fund is held by government, and covers a five year period from April 2019 to March 2024. The successful stations will be announced in April 2019.

Justin Ryan, Southeastern’s Accessibility Manager, said: “We always want to do more to improve the journey experience for our passengers, and have considered the huge number of nominations submitted for stations to be considered for accessibility improvements. We’ve carefully judged those submissions to make a final list that has now been sent to government. Factors such as the strength of local feedback and the location of stations in relation to other step-free stations in the area have all been considered.”

Paul Coleman, Network Rail’s Access for All Lead, said: “The Access for All programme is an exciting opportunity for passengers to have an input into nominating their station for this all-inclusive scheme.

“Work at Plumstead, Shortlands and Canterbury East stations will be completed later in 2019. These are in addition to the stations that have already had access for all schemes completed since the government funding was made available. Stations previously nominated but where schemes did not progress for whatever reason, have been included in the current nomination process and will be considered by the DfT again.”