Given the total number of trains and the amount involved, the overall volume of this contract is one of the largest CAF has secured internationally. 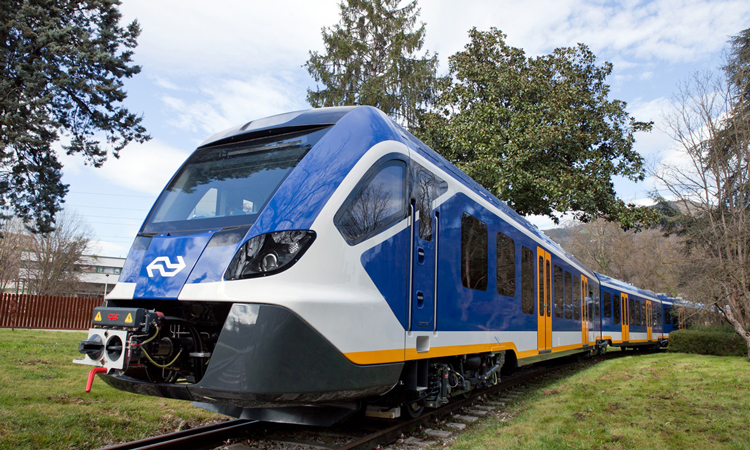 A commuter CIVITY train for NS

A contract extension has been signed by CAF and Nederlandse Spoorwegen (NS) that comprises of the supply of 302 additional CIVITY platform passenger cars (50 three-car trains and 38 four-car trains).

CAF is currently delivering identical trains under the same contract, signed in 2014 with NS, which comprises the supply of 68 three-car trains and 50 four-car trains, for approximately €500 million. The first trains produced for the aforementioned contract are currently providing revenue service in the Netherlands.

In 2020, the 118 trains of the first order will all be in the Netherlands and the trains from the additional order will start to enter service. The beginning of 2023 will see all 206 trains in service.

NS is the Dutch state-owned operator and one of the leading railway companies in Europe. This project emphasises the success of the CIVITY platform developed by CAF, comprising of low-floor trains for commuter, intercity and regional services in Europe, with a number of projects also having been executed in the United Kingdom and Italy.

The trains will run across the whole of the Netherlands providing the so-called ‘Sprinter’ services. With a top speed of 160km/h, the trains are configured to transport passengers swiftly and comfortably over relatively short distances, and are fitted out with first-class areas next to the driver cab.

The new Sprinters will be a transparent, open, attractive and energy-friendly train, fitted with Wi-Fi, a toilet accessible for wheelchairs, sockets, USB charging points, leather upholstery, a place for bicycles and level entry.