Used by British Rail before the privatisation of the railways, these trains are still in use with other train operating companies widely across the UK. 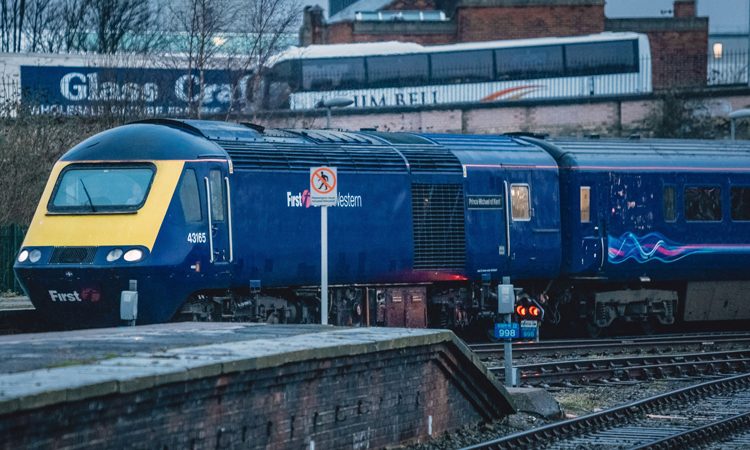 The first HST that arrived in Hull in January 2019

The additional train will be included as part of Hull Trains’ service in order to improve the reliability of the train operating company’s fleet of Class 180s, which will be in service until the arrival of a fleet of new trains in November 2019.

The HST only became available as GWR continues to introduce a brand-new fleet of trains in the south west. The HST will enter service ahead of the delivery of a fleet of new state-of-the-art Class 802 trains in December – currently under construction by Hitachi Rail based on bullet train technology.

Hull Trains operates 92 services a week and needs three of its four trains to fulfil its timetable with one always being in a scheduled rolling maintenance programme. This meant that a fault on one service could sometimes result in a change to its operating schedule – impacting the company’s customers. Whilst this hasn’t been a major problem since Hull Trains received the fleet in 2008, fragility in the operational performance of the trains throughout 2018 resulted in Hull Trains having to look further afield for additional capacity.

The addition of the first HST has resulted in far fewer cancellations during the first part of 2019, as the Hull Trains team works hard to continue to improve its reliability and punctuality.

The HST is the fastest diesel locomotive in the world, with a regular service speed that matches Hull Trains’ current trains.

Louise Cheeseman, Managing Director for Hull Trains, said: “Bringing the first HST into service has been extremely beneficial for Hull Trains and its customers – we have already seen more reliability and punctuality in our services. The HSTs do not only provide the additional resource which allows us to run our services, but it also allows us to reduce any strain on our current Class 180s until the new trains are launched in November.

“We would like to thank the teams at GWR and FirstGroup – their hard work has enabled us to secure this additional train. The train will continue to build on the fantastic service we strive to provide for our customers and provide greater assurance to those who travel with us.”