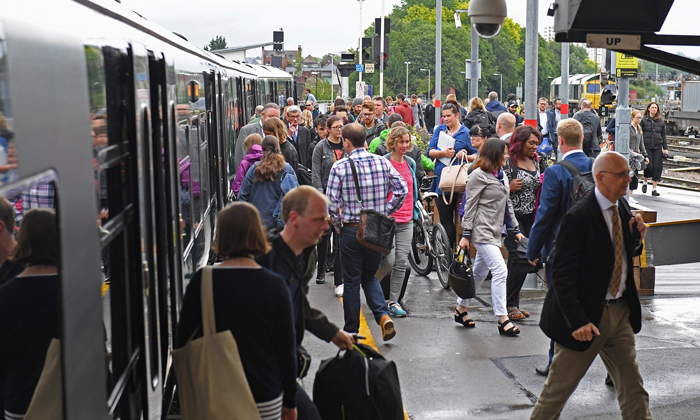 Trains running between Bristol Parkway and Weston-super-Mare have been replaced by newer rolling stock, providing over 80% more seats per day between the two destinations and all stations stops in between.

The upgrade marks the continuation of GWR’s plans to cascade diesel trains from the Thames Valley, and is an important milestone in increasing capacity for Bristol suburban services by 52%.

“We know that our suburban Bristol services are some of our most in demand, and I am delighted to see even more of the improvements we promised coming into place,” said GWR Managing Director Mark Hopwood. “These trains from London and the Thames Valley will offer a significant change in passenger experience, and with the introduction of new Intercity Express Trains last week already carrying thousands of passengers, it also marks the continuation of the greatest fleet upgrade in in a generation for the people of Bristol.”

Each three-carriage turbo has 118 more seats per train than its predecessor, providing over 3,000 extra seats a day between Bristol Parkway and Weston-Super-Mare in total.

“The train service between Weston-super-Mare and Bristol is an important commuter link between the two centres and this improvement in rolling stock is to be welcomed,” added Councillor Elfan Ap Rees, Deputy Leader North Somerset Council. “With the increasing pressures on our road network the train service is becoming a far more cost effective and time saving solution.”