Contract awarded for the reconstruction of Riga Central station

The reconstruction and development of the central station in Riga, which is thought to cost in excess of €430 million, will see it become a multimodal transport hub. 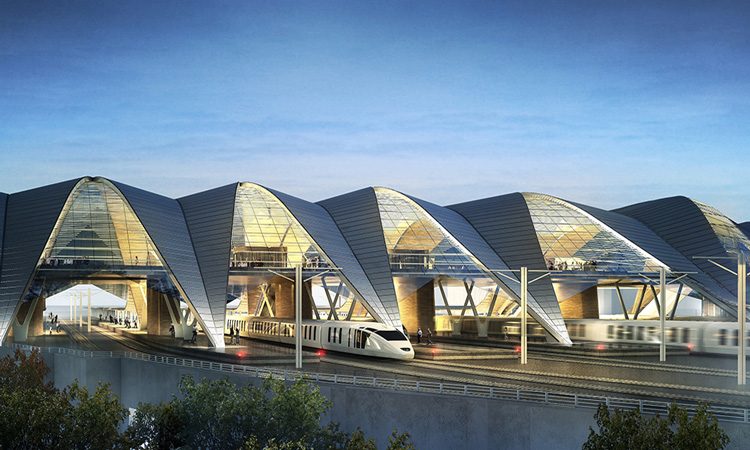 The contracts, which are thoughts to cost in excess of €430 million, have been signed by Latvian-Belgian consortium, BESIX RERE Group. The group will use the designs of PLH Arkitekter,  architectures in collaboration with COWI (Denmark).

The design of the developed station will include 2.6 km of European rail gauge railway line in Riga from Lačplesa Street to Jelgava Street, six new railway crossings and a new one kilometre bridge over the River Daugava.

The development of the station will see the embankment by the river removed to allow for the expansion of the railway station. Removal of the embankment will allow for the visually and functionally connect two parts of Riga city: Old Riga. For pedestrian convenience, paths under the platforms will be built. Riga will also have a new street which will connect Elizabetes Street with Timothy Street.

As a result of the implementation, a modern multimodal hub will be established in the centre of Riga, which will increase mobility, security, accessibility.

The four existing platforms in the station will be replaced with five platforms which will be higher to facilitate level boarding on gauge trains. The platforms will each have stairs, escalators and lifts to make the station more accessible.

Additionally, the new design will include a 6 000m2 concourse which will be built above the platforms. The multimodal hub will also house a bus interchange and car park.

The work is expected to be finished in 2021 and to minimise disruption to passengers the work will carried on the southern half of the station first, followed by the northern half once the first phase is complete.