Hitachi Rail and Bombardier have bid for the £2.75 billion HS2 contract to build at least 54 new trains. 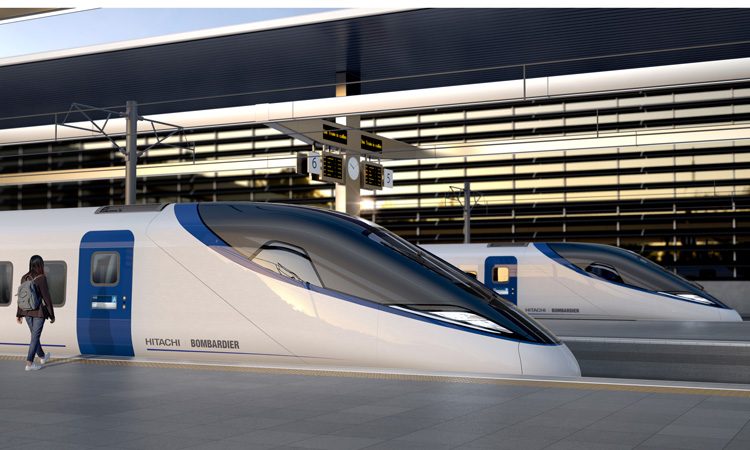 Two UK-based rail giants are submitting a ‘Great British’ train proposal to High Speed Two (HS2) that would be the most advanced, customer-oriented train ever to run in the UK.

The contract, worth £2.75 billion, is to design, build and maintain at least 54 trains for Phase One of HS2. HS2 Ltd is expected to award the rolling stock contract to a successful bidder in Spring 2020.

Hitachi has pioneered Japan’s world-renowned Shinkansen ‘bullet trains’ while Bombardier offers a depth of international experience from its high speed trains operating in Europe and on the world’s largest network in China.

In 2015, the two companies together delivered the Frecciarossa (Red Arrow) ETR1000 for Trenitalia, which is the fastest yet quietest in-service high speed train in Europe. Operating at speeds up to 225 mph, it has transformed passenger experience and connectivity across Italy.

Its success has been recognised with Trenitalia placing a further order for 14 new trains, increasing Frecciarossa (Red Arrow) high speed services across Italy.

Bombardier‘s President, UK, Phil Hufton, said: “HS2 is this generation’s chance to transform our country. Our Great British train will connect our great cities and improve the journeys of every passenger. HS2’s vision is to be a catalyst for growth across Britain – we are ready to make that happen.”