Up to £58 million in funding will see Cardiff Central Station transformed into a more modern, highly accessible building, with platforms suited to longer trains in a bid to ease overcrowding. 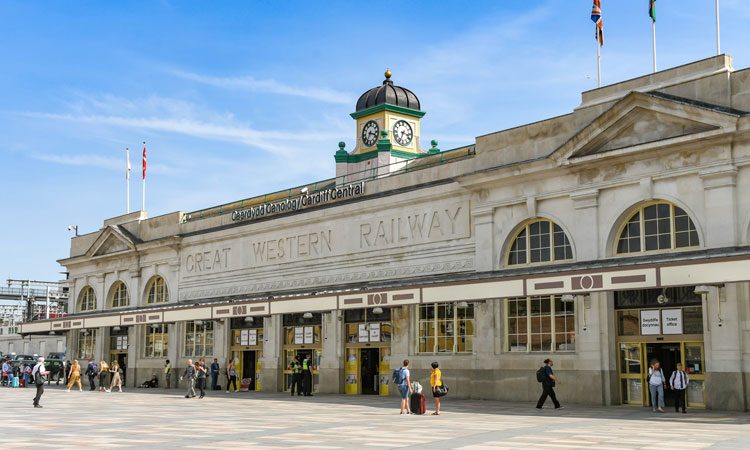 The UK government has announced up to £58 million in funding will be committed to significant upgrades to Cardiff Central Station.

Subject to the necessary assurances that the scheme represents value for money, these upgrades will ease crowding and congestion through the station during peak periods, drive forward regeneration and enable longer trains with more seats to serve the capital.

“Passengers in Cardiff deserve a modern, accessible station at the heart of their vibrant city centre. This funding has the potential to deliver just that, ensuring more reliable, comfortable and faster journeys into and out of the capital,” commented Grayling.

“It is imperative that the two governments in Wales work closely together – in doing so, this strengthens the Union and I look forward to receiving the proposals for an ambitious and deliverable business case.”

This investment builds on the £5 billion the UK government is investing on improving journeys for passengers on the Great Western Mainline between South Wales and London, targeted at introducing more reliable and faster services, new trains and more seats.

The UK government is progressing plans for a new West Wales Parkway station, near Swansea, to boost connectivity and capacity for passengers across the south and west of Wales.

Secretary of State for Wales, Alun Cairns, said: “This funding will allow Cardiff to become an attractive tourist and commuter destination at a crucial time in the city’s regeneration. We are also committing to progressing plans for a West Wales Parkway station, which will deliver time savings of up to a quarter of an hour from Pembrokeshire to Cardiff and increase local connectivity around Swansea to provide greater opportunities for the whole of the Swansea Bay City region.”