The California High-Speed Rail Authority have announced a new partnership with CalSTA and LA Metro which will see work advance on the important Los Angeles Union Station project. 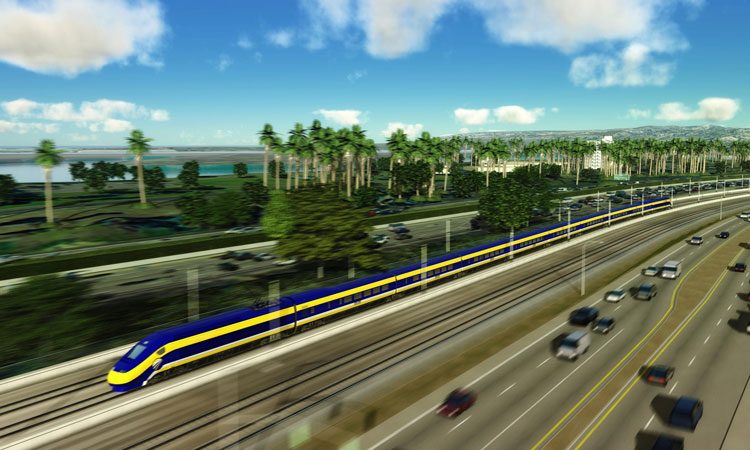 The California High-Speed Rail Authority (Authority) has taken another step forward in advancing work for Southern California’s Los Angeles Union Station (LAUS). Together with the California State Transportation Agency (CalSTA) and the Los Angeles County Metropolitan Transportation Authority (Metro) an agreement was reached to steer more than $400 million in Proposition 1A funds towards the transformative Link Union Station (Link US) project.

The Link US project will transform how the regional rail system operates in Southern California by allowing trains to enter and exit the station from both the existing northern tracks and new tracks to the south over the 101 freeway. This is anticipated to significantly increase capacity for rail services while reducing train idling times. The project will also accommodate future high-speed rail services and greatly expand the station’s capacity with an extended passageway under the tracks and new platforms, escalators and elevators.

Authority CEO, Brian Kelly, said: “This is further proof that we are committed to bringing high-speed rail to Southern California. We are actively working with our local and state partners on projects such as Link US that will bring both short-term and long-term benefits to millions of Californians. High-speed rail services was always envisioned by the voters to bring riders into the heart of Southern California, and this project is another step towards making that happen.”

CalSTA Secretary, David Kim, commented: “Collaborating with our local transit partners is a top priority for us, and this agreement further demonstrates that we are committed to working together to create a safe, sustainable transportation system for years to come. Successfully integrating high-speed rail at LAUS will provide significant mobility benefits to Southern California and the state as a whole.”

Metro CEO, Phillip A. Washington, said: “Metro is very pleased to work with our state partners on preserving LAUS while expanding the station to handle the future growth that we know will occur. Everyone looks forward to the day when someone in Los Angeles can take Metro or Metrolink to Union Station, where they can transfer to high-speed rail for a speedy and relaxing trip to destinations throughout California.”

Via the agreement, all parties will establish a Link US Executive Steering Committee to coordinate and facilitate delivery of the project. This committee will ensure that all partners work together to allow the Authority to secure approval and release of $423 million in Proposition 1A funds, appropriated by the California Legislature pursuant to Senate Bill (SB) 1029, which was signed into law in 2012. The Agreement also ensures that the Link US project will be built to enable future use by California’s High-Speed Rail, Metro, state-supported intercity trains and other passenger and freight rail providers.