Angel Trains has announced plans to sell the out-of-service Pacer units, with all resulting proceeds to be donated to charity. 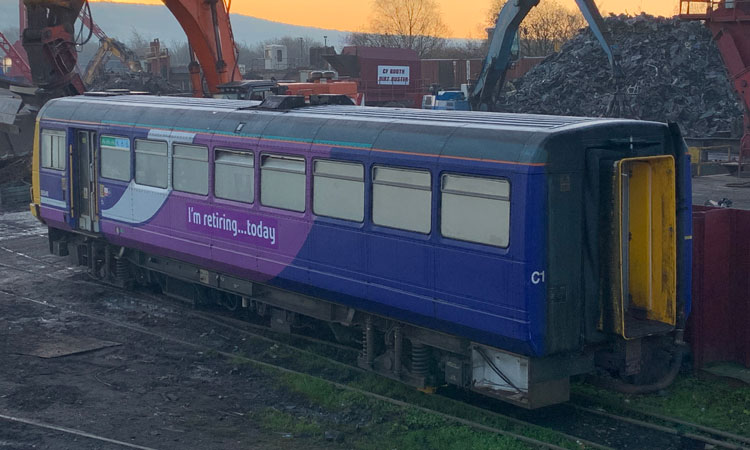 Following the locomotives’ imminent withdrawal from service, Angel Trains has announced its plans to offer Northern’s Class 142 Pacer units to heritage railways and emergency services, with all resulting proceeds to be donated to charity.

As a long-standing feature of British travel, originally produced between 1985 and 1987, the Pacers have been upgraded and refurbished to provide a low-cost solution to train operators and passengers on regional services.

Angel Trains currently has 83 two-car Class 142 Pacer units in operation, and a small number are being offered to emergency services – with proceeds being donated to the organisation’s charity of choice – and heritage railways – all proceeds from which will be donated to Angel Trains’ chosen charity, Railway Children, who work with street children in India, East Africa and the UK. The National Railway Museum has also received one of the units in order to emphasis the historic importance the Pacers have had on British rail travel.

With the units planned to come off-lease from Northern Rail soon, Angel Trains does not have any plans to re-lease the Pacers to franchise operators. Community railways will also be able to apply for the Pacer units at market price, but ant remaining trains that are not sold will be scrapped.

On the subject of the Class 142 Pacer units being retired from service, CEO at Angel Trains, Kevin Tribley, said: “The first Pacer trains coming off-lease from Northern marks the beginning of replacing the entire fleet and demonstrates commitment to improving customer service and experience. Although the Pacers have served the industry well for many years, their scrappage is a significant move towards an improved rail network across the region. As Northern’s partners, Angel Trains is committed to investing in, and creating, the railway of the future by delivering and enhancing assets that modern UK passengers deserve. Replacing the Pacers as they reach the end of their lifespan is a natural step towards this goal and we believe the discontinued trains could be of value to select organisations.”