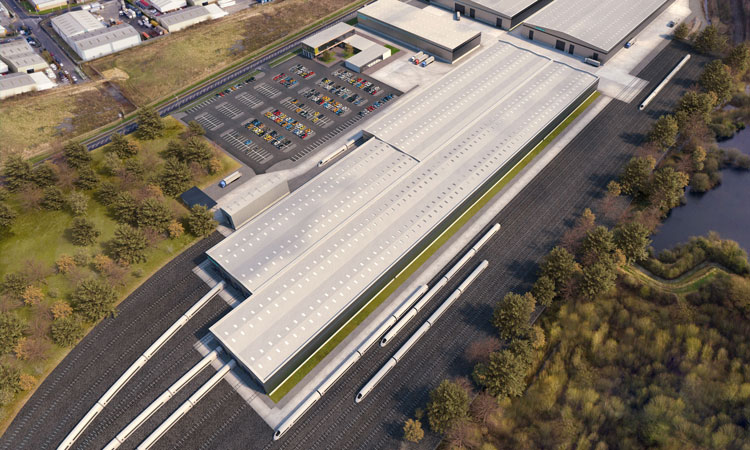 Computer-generated images have been produced to support newly-submitted plans for the development. The planning application provides specifics of the layout, scale, appearance and landscaping for the up to £200 million development, following the granting of outline planning consent in July 2019. The application seeks approval for 55,000m2 (592,000ft2) of manufacturing, assembly, warehouse, testing and ancillary office and welfare buildings, proposed to be delivered in two phases.

The first phase will provide facilities for the production of a new generation of tube trains for the Piccadilly Line under a £1.6 billion contract with London Underground Limited, the TfL subsidiary.

Subject to order income, a further proposed phase could enable expansion to service potential future contracts awarded to Siemens Mobility. The proposals have been carefully considered to enable phase one to become operational in isolation while phase two can be delivered in a way that is complementary to the ongoing operations of the original facilities.

Pending approval for the plans, construction is expected to begin by early summer, with the first phase of manufacturing facilities scheduled to become operational in 2023.

The development will create up to 700 jobs, as well as a further 250 during the construction period, with an additional 1,700 potential UK supply chain roles.

The planning application also sets out extensive proposals for landscaping and support for the natural habitat and wildlife.

In addition to the proposals for the manufacturing facilities, a separate planning application was submitted to East Riding of Yorkshire Council in December 2019 for an innovation hub which will also form part of the Goole site.