With currently 11,693km of high-speed lines under construction around the world, Marc Guigon, Passenger Director at the International Union of Railways (UIC), takes a look at the progress made so far across the sector and what opportunities lie ahead for high-speed rail in the future. 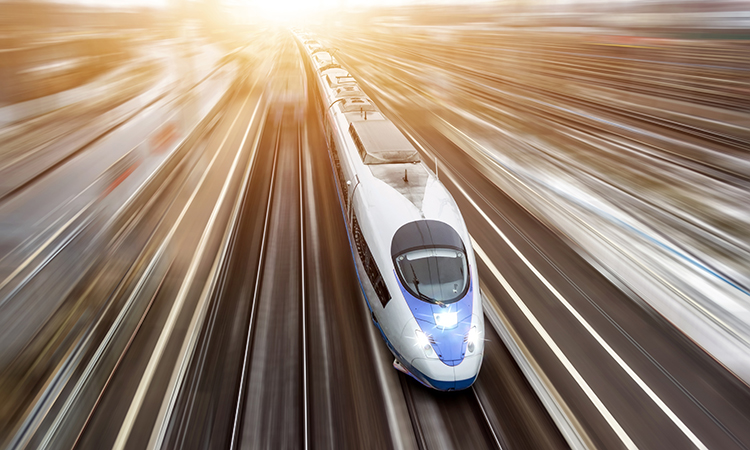 Concerning high-speed rail activities, the UIC has been gathering statistics since the very beginning of this transportation system, which was pioneered in Japan in 1964. Today, those statistics are displayed in a high-speed rail ‘Atlas’ published each year. They refer to the following definition of high-speed rail infrastructure, derived from the European Technical Specifications for Interoperability (Directive EU 2016/797 – 11 May 2016):

Japan had long been the only high-speed network worldwide, before Europe started operating high-speed rail in 1981 (Paris–Lyons line). In 2008, the world’s high-speed rail network was approximately 11,000km long, mainly thanks to China starting to construct its own network and, therefore, strongly boosting it. Today, the high-speed network in commercial operation is 52,418km-long, out of which 39,674km are in Asia, 10,766km in Europe, 1,043km in Middle East, 735km in North America and 200km in Africa. With 35,740km in operation, China represents more than two thirds (68 per cent) of the world’s high-speed rail network.

There are currently 11,693km of high-speed lines under construction”

There are currently 11,693km of high-speed lines under construction. This means that, in five to six years’ time, the network will have grown by almost 25 per cent, but China will contribute only approximately 50 per cent to this extension. Therefore, the extension rate will slow down now that the Chinese engine is reducing speed because the network is reaching its full deployment.

The first comers are still completing their own network and/or extending it to reach the neighbouring countries. Turkey, Spain, South Korea and Switzerland are good examples of them. Some interesting on-going contributions are worth noticing: the Basque Y, which is a feat of infrastructure with more than 100km of tunnels and 44 viaducts; the HS2 line in the UK, which will be the most expensive line per kilometre in the world; the Lyons–Torino tunnel (more than 50km); or the Californian link between LA and San Francisco, etc. They demonstrate that high-speed rail can accommodate any latitude, any climate and any culture.

Several new countries have recently joined the high-speed rail club, such as Saudi Arabia (2018), Morocco (2018) and Denmark (2019). Several other new countries are eyeing the implementation of high-speed rail, but, as it often happens, projects have their ups and downs. Sweden, and more extensively Scandinavia, the Czech Republic, the Baltic countries, Russia, Egypt, South Africa, Australia, Canada, Brazil, Iran, Israel, Indonesia, Malaysia and Singapore are among potential applicants for high-speed rail and are a pool of growth worldwide. 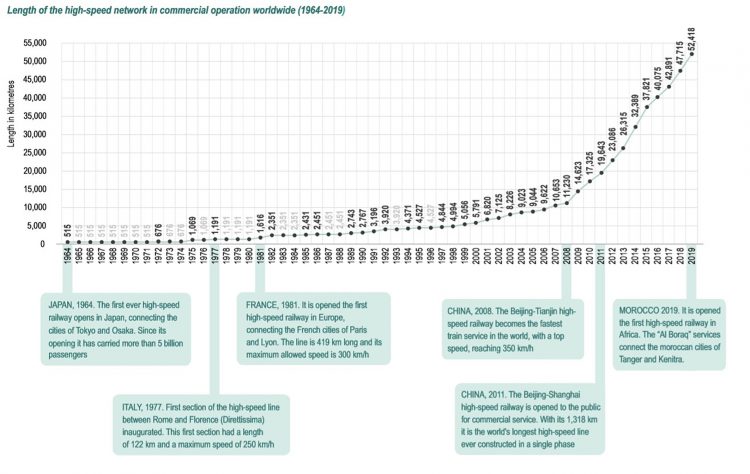 There are still very vast countries which could extend the network in huge proportions, like the United States and Russia. India has both the geographic and demographic potentials to take over from China. There are some high-speed rail projects in this country, such as the Nagpur– Mumbai liaison. However, the high-speed rail deployment rhythm will probably be lower than the one witnessed in China during the 2008–2018 decade. Making the various silk roads between Asia and Europe could also enhance the high-speed rail network and should probably open a new way to operate mixed traffic lines with freight and passengers.

An original initiative should be pointed out in Italy, with the first freight high-speed trains. With the explosion of online commerce, it may be a good solution for solving capacity issues raised by the difference in the passenger and freight train speeds.

The maximum commercial speed is 350km/h (China). Three countries run trains at the speeds of 320km/h (Japan, France and Morocco). Most other countries run trains at the speeds of 300km/h or 250km/h. In many cases, the speed gap between high-speed trains on high-speed lines and conventional trains on historic lines is such that the travel times from city to city have been dramatically reduced. Many new stations have been built in the wake of the network construction and, simultaneously, urban transport serving these stations have been developed. Thus, door‑to‑door travel times have been strongly improved and rail ridership has rocketed. In 2018, 2,962 billion passengers – corresponding to 950 billion passenger‑km – have been transported by high‑speed trains. Sixty‑four per cent of this traffic volume is carried in China, 16 per cent in Japan and South Korea, and approximately 20 per cent in Europe.

The traffic volume was only 450 billion passenger‑km five years ago. This means that the annual increase is around 20 per cent, partly due to the high-speed network extension and partly to the offer and traffic induction. This last component of growth is typical of the effects of high-speed rail on the accessibility of the territory and on land use. 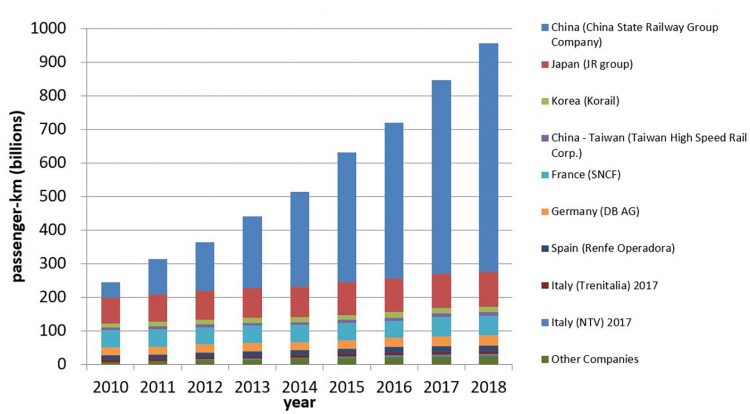 Of course, this evolution has strongly been supported by massive purchases of high-speed rolling stock, with all the main rolling stock manufacturers participating in the construction of much-needed trainsets. Some of them have taken the opportunity of knowhow transfer to raise themselves to the international level of the high‑speed rail industry.

Out of approximately 6,000 high-speed trainsets, again about two thirds are in Asia and one third in Europe. 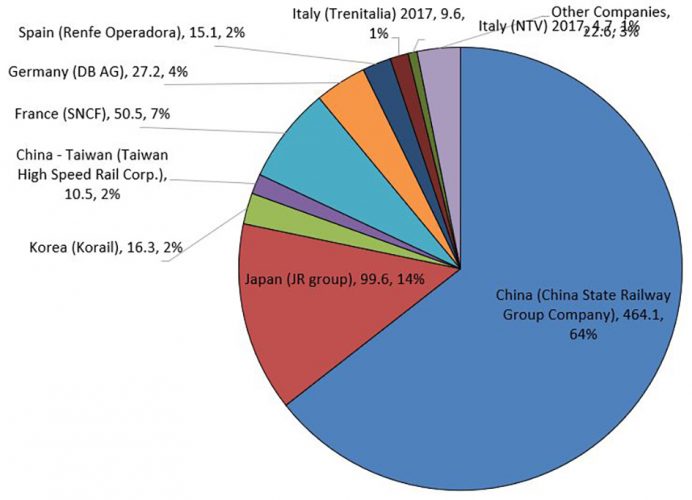 Figure 3 – Number of high-speed trainsets in the world. Credit: UIC.

Climate change and the consequences of the COVID-19 pandemic will probably push toward a more intensive use of public transport and a shift to train for medium-distances (around 1,000km), which is the most sustainable means of transport”

As a matter of conclusion, high-speed rail is certainly booming. This success is due to its transport efficiency, high level of safety and security, high level of availability and reliability and its environmental friendliness. Climate change and the consequences of the COVID-19 pandemic will probably push toward a more intensive use of public transport and a shift to train for medium-distances (around 1,000km), which is the most sustainable means of transport.

However, there is still space for improving this technology. Probably the autonomous train will play a major role in the next 20 years for a more intensive use of the infrastructure, which is still the most expensive component of either capital or operational costs

Marc Guigon is Coordinator of the UIC Latin-American Region and Chair of the UIC COVID-19 Taskforce. He joined the UIC in June 2012 and is responsible for passenger activities, including the development of high-speed rail in the world, railway stations, telematics applications for passengers and ticketing. He is also responsible for regional and commuter traffic services, and development of opportunities for tourist trains. Prior to joining the UIC, he worked for seven years in the office of the French Prime Minister, responsible for French national policies of transport in the field of spatial planning, including railways, roads, urban transport, airports, ports and waterways. Lastly, he was responsible for intergovernmental cooperation between France and China. Prior to this, Marc was responsible for railway freight strategy at the SNCF, manager of rolling-stock maintenance workshops and carried out research projects in the field of railway transportation. 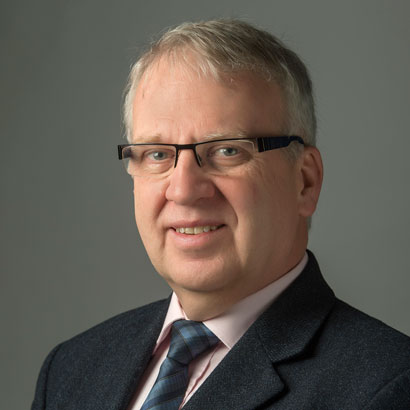