While most people working in rail do not consider wildlife to be a traditional area of expertise, that perception is changing. There is an increasing understanding of the rapid loss of global biodiversity and increasing understanding of responsibility, obligation and opportunity for railways to help halt the loss. Colleagues Pınar Yılmazer and Lucie Anderton from the UIC’s Sustainability Unit, explain more. 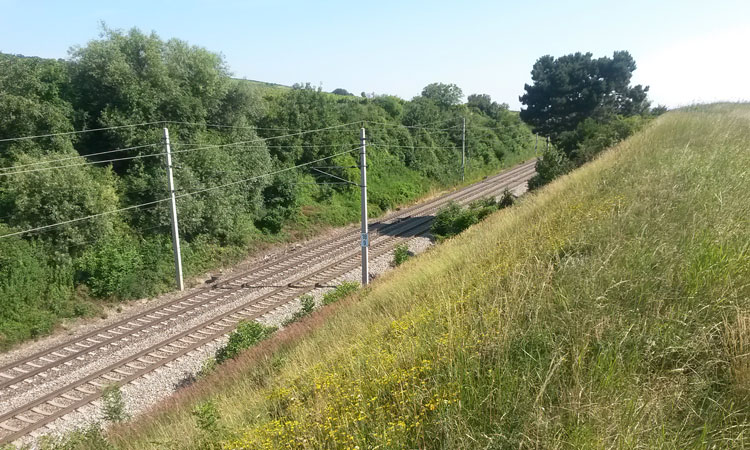 Although travelling by rail is often associated with stress-free journeys across beautiful sceneries, the railway sector’s awareness of the environment and its neighbours is constantly evolving, and its activities are expanding. The question of how to achieve sustainable integration of transport infrastructure within habitats is progressively being addressed by the objectives set by the European Green Deal. The railway is home to a great variety of flora and fauna, providing a green corridor, connecting natural habitats as well as connecting people and goods. This linear green space contributes to the survival of several threatened and protected species, they can live, move, feed, and thrive, relatively undisturbed by humans.

Railways are an efficient transport system in terms of land consumption, with only 7m² needed per passenger, compared to 100m² per car passenger. Railway properties criss-cross nature reserves and important habitats, and with this comes a potential for severance of animal migration routes, animal collisions with trains and over-headlines and fragmentation. Railway companies across Europe want to know how they can manage the railway to prevent collisions, and improve operational safety while improving the biodiversity of the land they occupy. Innovative and permeable solutions in the design of infrastructure and management plans are needed.

How can lineside biodiversity be better understood?

The latest report from the International Union of Railways (UIC) states that land use management regimes on new, upgraded, or existing railway lines are starting to better consider sustainability. The latest digitalisation technologies are beginning to be used by railway companies to monitor and analyse not only grey infrastructure, but also the green. In many European railways (like Germany, Austria, the UK, Switzerland and France), the integration of a plant detection system with the GIS-based mapping tool are being used (shown below) to allow the vegetation to be observed, monitored, and to put in place tailored management regimes3. This smart approach finds costs savings and improves the safety of rail. Where transport infrastructure has potential to act as a barrier to movement of animals, usually on busier lines, specialist crossing structures can be installed. These structures range from large green bridges with planting, ledges for otters to use when rivers are in flood beneath railways or narrower under track passages for small mammals and amphibians. Remote monitoring is now being used to monitor the functionality of the crossing structures supporting nature and therefore checking on the permeability for animals. In the Netherlands, fauna passages were installed to monitor the selected target species. With the photo/video recordings, the effectivity of the passage is checked, and the species passages are recorded1. 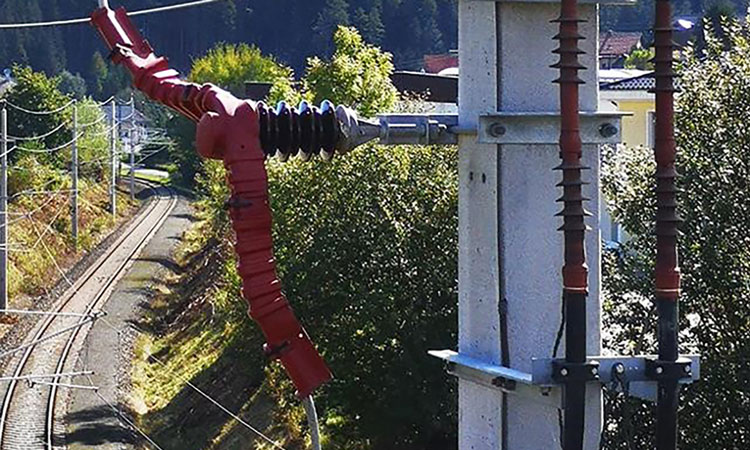 Passengers and society are benefitting from the ecosystem services provided by green infrastructure on railway properties. As well as provide a great view and storing carbon dioxide, the vegetation on the lineside are great embankment stabilisers, helping protect the rail infrastructure from effects of extreme weather, providing operational and personnel safety on rail network. To retain and improve these services, railways are looking to better manage and protect land, soil and water and establish habitats that support a thriving biodiversity. Controlling invasive non-native species (INNS) is part of it. Regular inspection and reporting are required to prevent the spread of INNS, which impose additional maintenance costs on infrastructure managers. Some rail companies are going back to the old traditional techniques of land management by grazing with sheep and goats, the benefits of this effective approach is being realised in Austria (OBB Infra), France (SNCF Reseau), Network Rail (UK) and Belgium (Infrabel), it also provides positive impact both economically and socially by supporting local farmers. European railways are the pioneering sector in developing a transition from the conventional chemical herbicides such as glyphosate. Railway companies are proactively testing and implementing new vegetation control methods and seeking alternatives (e.g. electro weeding, hot water, liquid nitrogen). Enhance biodiversity conservation on railways UIC, with its members, launched the Ecological Effects of Railways on Wildlife (REVERSE) project in 2020 to identify and promote measures that constitute a railway contribution to the preservation of our natural heritage. The project aims to determine how railways can help overcome the threats to the existence of biodiversity in Europe while running a safe railway. The UIC project is collecting best practices through consultations with experts across Europe using desktop research, literature review and online questionnaires with members. In the UK, Network Rail has challenges targets set to net gains in biodiversity by valuing and enhancing nature alongside the track. In Austria, ÖBB Infrastruktur AG has taken preventive measures for birds to prevent electrocution or other hazards caused by power lines, as well as improving rail operation by eliminating problems caused by short circuit problems. In Switzerland, the passage of amphibians is directed by reducing ballast between sleepers and by mounting auxiliary equipment on the rail web to help them migrate to their breeding grounds in the spring. 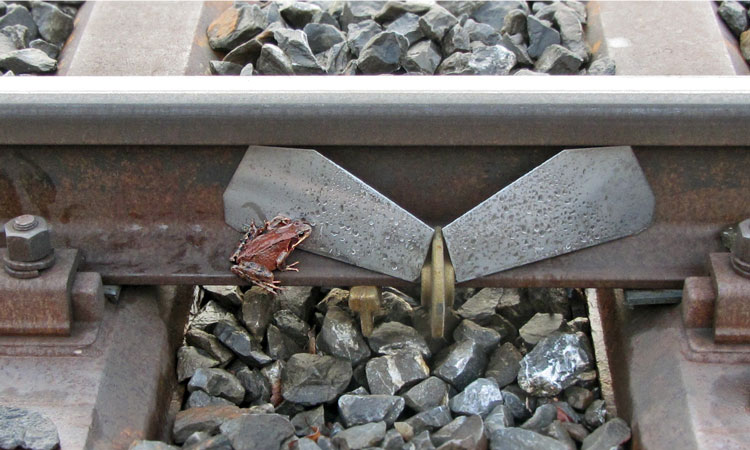 In Europe, the need to make infrastructure more sustainable for biodiversity, while ensuring their reliability and efficiency, is urgent. Faced with these needs, and for the first time, the European Union (EU) is funding a €3 million Coordination and Support Action project on the topic of transport and biodiversity issues. Under the Horizon 2020 programme, the BISON project (launched in January 2021) is timely to set the ground and upscale research on these topics. UIC is proud to participate and represent the railway community within the BISON project. Gathering 39 institutions from 16 countries the project is aimed at integrating biodiversity in the planning, design, and management of transport infrastructures. The project identifies synergies and opportunities that make biodiversity conservation compatible with transport infrastructures including railways, road, aviation, waterways and energy. The overarching objective of the BISON project is to identify future research and innovation needs for a better integration of biodiversity with infrastructure planning, construction, operation, and decommissioning. UIC is finding good practices, technologies, and nature-based solutions and will help develop an online handbook, Strategic Research and Deployment Agenda and roadmap for future steps to improve the knowledge base on infrastructure and biodiversity. The project will be completed by the end of 2022.

Pınar Yılmazer is a Senior Advisor at the UIC Sustainability Unit. She manages the sustainable land use sector and provides strategy, guidance and leadership for UIC members with respect to the natural resources such as biodiversity, vegetation management and soil quality. She is one of the authors of the Future Vegetation Control of European Railways, published by the UIC in collaboration with IZT. She is currently working in close relationship with UKCEH to showcase the railways infrastructure managers activities on biodiversity and is the Project Manager of UIC in the BISON consortium (financed by the European Commission (EC)). She holds a MRes in Rail System Integration from the University of Birmingham. Previous to her current position, Pınar worked in the engineering department at Turkish State Railways in Ankara and CERN in Geneva.

Lucie Anderton joined the UIC in 2021 to lead the Sustainability Unit. Lucie is an Environmental Management graduate and Chartered Environmentalist. She is seconded from Network Rail, where she has gained 15 years of experience in the UK rail industry in the field of sustainability. Lucie has worked on major railway infrastructure projects both during construction and design phases, including coordinating Environmental Impact Assessments. Lucie has strived to embed sustainable thinking in railway projects, including championing participatory approaches to delivering net gains in biodiversity in railway projects.