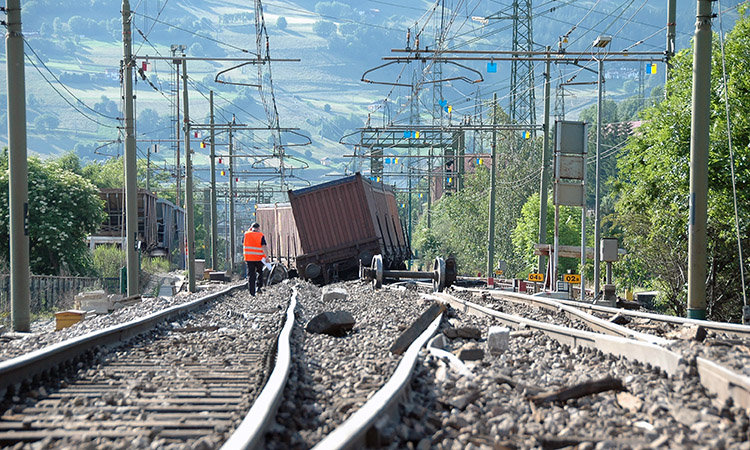 In a joint project between the Politecnico di Milano University and Alpha Caesar Srl, a train derailment detection system (TD2S) has been developed which can reduce the damage caused by derailments by providing an early warning of ‘derailment in progress’. This can enable the driver to reduce the derailment space and consequently mitigate the damage. The development project aimed to engineer a system that was as less invasive as possible.

There are several objectives of the TD2S system, including:

In its first prototype configuration, the TD2S system is completely independent of rolling stock on-board systems, and consists of:

The TD2S system is already set up for possible integration with the on-board systems and sensors of the locomotives. The integration would eventually allow to act on the automatic braking (which can be inhibited by the driver) and to record the data on locomotive server.

The TD2S system requires, on the hooks of the locomotive, the replacement of the shock absorber group partition washer with the toroidal load cell and the insertion of a new, suitably modified distribution washer.

There is no historical data relating to the evolution of traction stresses on the hook in the event of derailment. There is a numerical simulation of the hook stresses of an entire convoy during the derailment of a vehicle, carried out by the Bryansk State Technical University (Russia). Therefore, we hypothesised an increase in traction on the hook given by the sudden impact of the wheelset with the sleepers and the ballast; imagining that the phenomenon is repeated for each sleeper until the convoy stops. 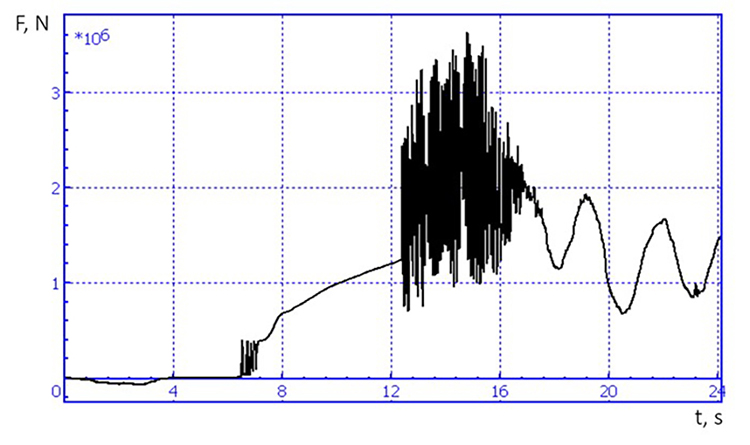 We hypothesised an algorithm capable of detecting the derailment based on the analysis of the following four characteristic parameters:

Derailment test activities took place at RFI’s Bologna San Donato plant in April 2021. Track 116 was made available by RFI for the derailment test and track 117 for parking and intervention of the rescue wagon in preparation for the recovery of the derailed bogie.

The derailment test consisted of derailing the last bogie of the last wagon of the convoy consisting of:

The weight of the two derailed axles was 5.5 tonnes each.

The derailment occurred at around 18km/h and the derailed convoy was pushed up to 30km/h (maximum speed allowed on the test track) and then stopped.

The derailment used a specially designed derailleur to best simulate derailment conditions. The test conditions were the most realistic possible and most difficult to recognise for the TD2S system.

A full wagon will only increase the effort in the derailment phase, improving its recognition by the TD2S system. 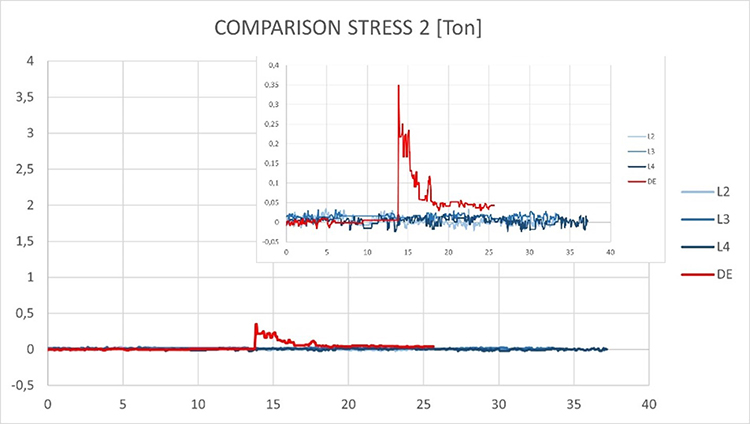 The recognition of the derailment by TD2S does not depend on the towed mass but depends on the trend of the other recorded parameters (acceleration, speed, effort, derailment coefficient, IMU attitude). 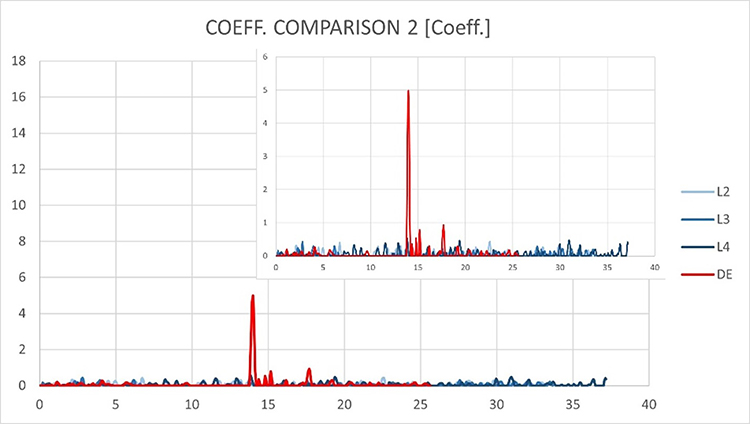 The derailment test gave excellent results and was highly appreciated by the European Union Agency for Railways (ERA) who analysed the results obtained with us.

After the derailment test, further simulations were carried out with the data recorded in two years of normal operational freight service of the locomotive.

As regards the criteria for the simulation, we used the principle of the superposition of loads. 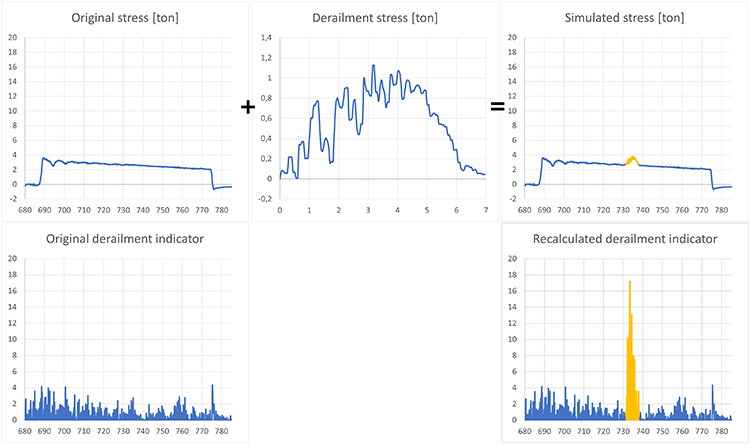 The result obtained is shown in Figure 7 related to Simulated Stress (top right graph). The added derailment stress is highlighted in yellow.

Figure 7 also shows the resulting derailment indicator that has been recalculated. The values of the indicator relating to the deviation (highlighted in yellow) are significantly higher than those of the original stress and are easily identifiable.

The analysis was carried out in all possible traction conditions, coasting, braking and acceleration, and for all the maximum and minimum values of the traction forces on the hook.

The values of the derailment indicator in correspondence with the simulated derailments are always clearly identifiable.

In all the analysed configurations, the TD2S system can recognise derailment.

A Reliability, Availability, Maintainability and Safety (RAMS) analysis related to the TD2S system was also performed. This analysis is significant for defining the SIL safety degree of the TD2S system over time. 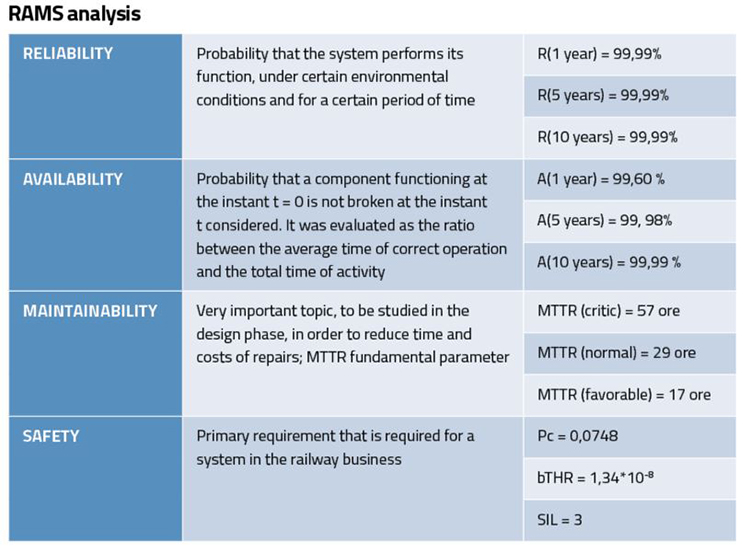 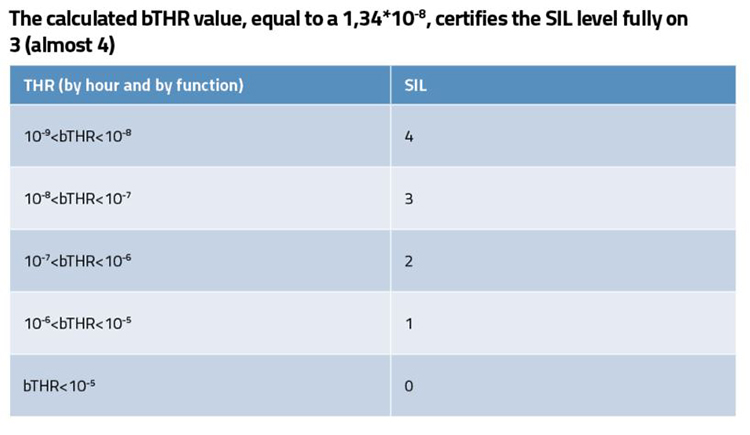 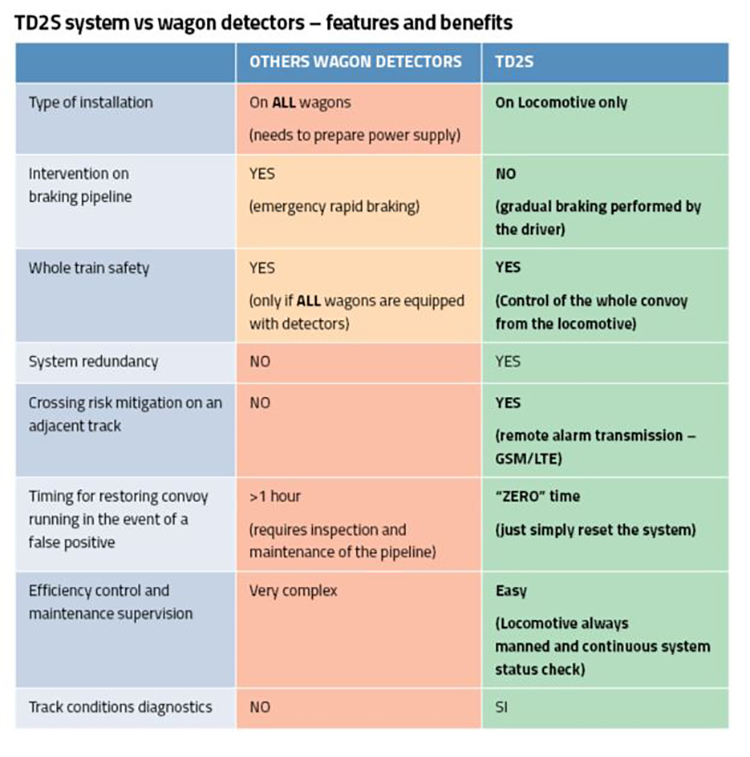 In our case, the value of SIL 4 shown in Table 1 cannot be reached since the operations of stopping the train and making the line safe are a function of the human factor. Only in the case of complete automation of these latter processes (train stop and reorganisation of railway traffic) could SIL 4 be achieved.

Prof. eng. Giandomenico Cassano is a Professor at the Department of Civil and Environmental Engineering (DICA) of the Politecnico di Milano University where he has been teaching railway infrastructure and railway projects since 2002. After graduating with honors in Civil Engineering from the Politecnico di Napoly University, he joined Trenitalia (a company of FS) as an Executive before he retired. During his entire period of management at FS he also worked in Italferr and RFI.

Eng. Mauro Cassano is Chief Executive Officer and Technical Director of Alpha Caesar Srl, an engineering company based in Milan (Italy) that researches and develops innovative techniques in the railway field. Graduated in civil engineering at the Politecnico di Milano, Mauro was Technical Director of SEIT – Schweizer Elettronic Srl, a company engaged in the field of safety of railway yards.