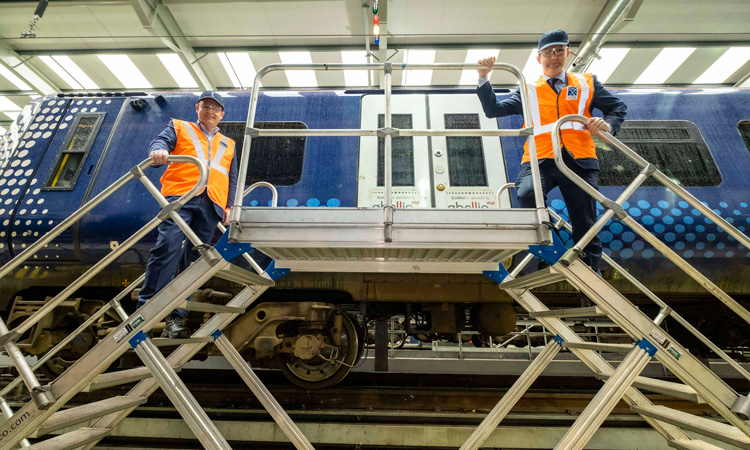 The action plan is testimony to the Scottish government’s determination to deliver on its Programme for Government (PfG) commitment to decarbonise passenger rail services and continue to reduce carbon emissions.

Through its contribution to decarbonising wider transport, and through a modal shift to rail, this action plan supports the aims of the National Transport Strategy, as well as wider Scottish government policy. It also seeks to remove diesel passenger trains from Scottish services and secure significant benefits for rail freight over the next 15 to 25 years.

Preparatory work for the first electrification projects on the East Kilbride and Barrhead lines is already underway, with the Anniesland/Maryhill and Borders routes also being progressed. Early work has also begun to assess how inter-city routes can be tackled in order to inform delivery programmes and funding decisions.

Michael said: “The current COVID-19 pandemic has been a challenging and difficult time across the globe. As we continue the transition through the Scottish government’s Routemap to Recovery, it is clear that we need to do all we can to boost the economy through green initiatives.”

He continued: “While our Programme for Government commitment to publish our plans for decarbonising Scotland’s railways was rightly paused, I am now pleased that we can share them. This is particularly important for the rail industry and its supply chain, who are keen to see projects progress. Building on our recent strong track record of delivering electrification projects, we have set out ambitious but achievable plans to decarbonise our rail passenger services by 2035, five years ahead of the UK target.”

Managing Director of Scotland’s Railway, Alex Hynes, said: “Delivering on the Scottish government’s bold and ambitious Rail Decarbonisation Action Plan is a top priority for Scotland’s Railway. We’re continually working to deliver a cleaner, greener railway for Scotland. Although rail is already a low-carbon mode of transport, we are committed to reducing our environmental impact ever further.”

“The massive projects that have been delivered so far – the electrification of the Central Belt, new electric trains – mean more seats and faster journeys for our customers, as well as a rail service that is better for our environment. This plan will deliver even more for our passengers in the decades to come. It connects people with jobs, business with customers, tourists with destinations, and it’s delivering a railway of which we can be truly proud,” he added.

The plan looks to achieve its aims through further electrification and, for some routes, through the use of battery electric-powered trains and to work with developers of hydrogen fuel cell powertrains to accelerate their development and deployment in Scotland, which is vital for the diversification of the country’s economy.

Transport Scotland has challenged the rail industry to work in partnership with them on this plan, providing real opportunity to drive innovation, create skilled and sustained employment and contribute to inclusive and green economic growth.