The Victorian Government in Australia has exercised the option for additional VLocity trains, which will be a mix of broad and standard-gauge vehicles. 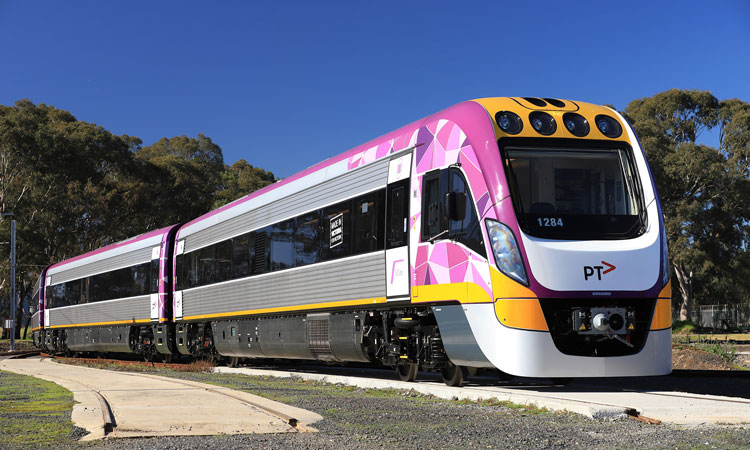 Bombardier Transportation has announced that the Victorian Government has exercised an option for 18 more BOMBARDIER VLocity trains. This call-off is part of the Rollingstock Manufacture and Supply Agreement signed with the Victorian Government in 2018 to deliver 54 new VLocity carriages to public transport operator V/Line for operation across the regional rail network in Victoria, Australia. Bombardier previously announced this order as an undisclosed customer in July 2020.

The option on the existing contract provides certainty to the Victorian rolling stock supply chain, as well as local jobs in Dandenong, with all 54 carriages to be built at the facility using around 69 per cent local content.

These will be the first VLocity trains to run on standard gauge tracks on Victoria’s regional network and will run from Melbourne to Albury/Wodonga for the first time following the completion of the $235 million North East Line Upgrade and a rigorous testing programme.

Bombardier’s President, Australia and New Zealand, Wendy McMillan, said: “These 18 new award-winning VLocity trains build on the already strong bond between regional Victoria and Bombardier. We are proud to deliver these locally built, world class trains for V/Line. We thank the Victorian Government for their commitment to regional Victoria, Dandenong, to our people and products. Providing job security for our workforce and our local supply chain in Dandenong is critically important for our business and we look forward to being here for many years to come.”

Caroline Wilkie, CEO of the Australasian Railway Association (ARA) said the announcement confirmed the significant capability that existed in the Australian industry, and said the right policy settings would enable the industry to grow even more in the future: “The Victorian Government has recognised the outstanding quality delivered by businesses operating right here in Australia in making this decision. Rail contractors and manufacturers are actively looking to increase their use of Australian businesses in the wake of the pandemic and these projects provide new opportunities for them to do so. It is great to see Bombardier awarded a contract that will deliver trains locally to support the smooth operation of the Victorian regional rail network for years to come.

Caroline said additional features such as mobile phone signal boosters, built in USB chargers, catering facilities and dedicated accessibility features demonstrated the Australian industry’s ability to deliver high quality outcomes to improve the passenger experience, and that even further benefits could be realised nationally if state governments worked together to create a nationally consistent approach to rail procurement: “This is an outstanding example of the jobs, innovation and opportunity contracts like these can create for communities like Dandenong. A nationally consistent approach would provide even greater scale for the industry and extend those benefits further.”