DfT and FirstGroup reach agreement on future of SWR and Avanti

The agreement with DfT has outlined that FirstGroup will not be required pay a pre-existing franchise agreement termination sum for Avanti, but must pay a contribution of £33.2 million for SWR. 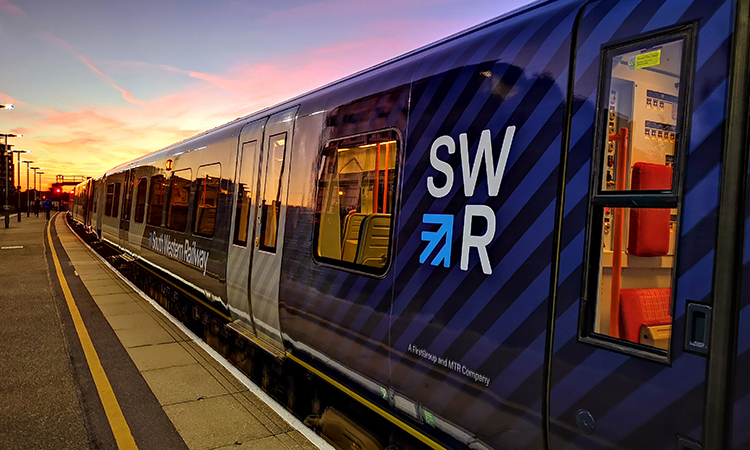 FirstGroup plc has announced that it has reached an agreement with the Department for Transport (DfT) on the next steps for the South Western Railway (SWR) and West Coast Partnership train operating companies – the latter of which comprises Avanti West Coast and the shadow operator for HS2 (together known as Avanti).

As announced on 20 September 2020, SWR and Avanti are currently operating under Emergency Recovery Measures Agreements (ERMAs), which were put in place by DfT to provide continuity for rail passengers and the industry during the COVID-19 pandemic.

As previously stated, the ERMAs required the train operators and DfT to agree on whether or not any payment is required to terminate the pre-existing franchise agreements and, if so, how much, based on a pre-coronavirus trajectory financial model.

DfT and FirstGroup have agreed that no termination sum is required for Avanti, which commenced operations in December 2019 and was performing well prior to the pandemic. An agreement has also been reached for a termination sum for SWR, which requires a further FirstGroup contribution of £33.2 million. This represents the Group’s share of parent company support and additional funding commitments under the franchise agreement, less amounts already paid into the operating company, and which will be paid at the end of the ERMA term.

The full exposure to SWR performance bonds and parent company support has already been provided in the accounts. The pre-existing franchise agreements will, therefore, terminate at the end of the ERMA term for SWR and Avanti. Agreement of the termination sums significantly reduces the overall financial risk within the First Rail franchise portfolio.

Following the agreement of the termination sums, FirstGroup is now negotiating new directly awarded management contracts with DfT, which will come into effect at the end of the ERMAs, under which each incumbent train operator will deliver passenger rail services. DfT have indicated that these new National Rail Contracts would last until 1 April 2023 for SWR, and 1 April 2026 for Avanti, each with extension periods of up to two further years at DfT’s discretion.

The TransPennine Express (TPE) rail franchise is also operating under an ERMA, and the process to agree the franchise termination sum for TPE has been extended to the end of January 2021 by DfT. As also previously announced, the existing Emergency Measures Agreement for Great Western Railway (GWR) has already been extended to June 2021.

Commenting on the announcement, FirstGroup’s Chief Executive, Matthew Gregory, said: “We welcome this agreement, which marks a further evolution of the contractual framework for our SWR and Avanti train operating companies, both in the context of providing resilient services throughout the coronavirus pandemic and also a more sustainable long-term approach. These new directly awarded management contracts will focus on passengers and operational performance, with a more appropriate balance of risk and reward. We look forward to working constructively with the DfT to make this a reality, and to use our expertise and understanding of the needs of our customers to deliver improvements that we know passengers want.”

“We have acted flexibly to ensure continuity of service while implementing social distancing, as well as enhanced cleaning protocols and innovative technology to improve the customer experience. Passengers and employees alike can be confident that our trains are safe. We are now operating around 90 per cent of the rail services we were prior to the pandemic. We will continue to bring all our experience to bear alongside government and industry partners to deliver the next phase of recovery of the rail network,” he added.