Since beginning operation in 2010, the fleet has completed around 900,000 trips, or 40 million kilometres, on the Gautrain network. 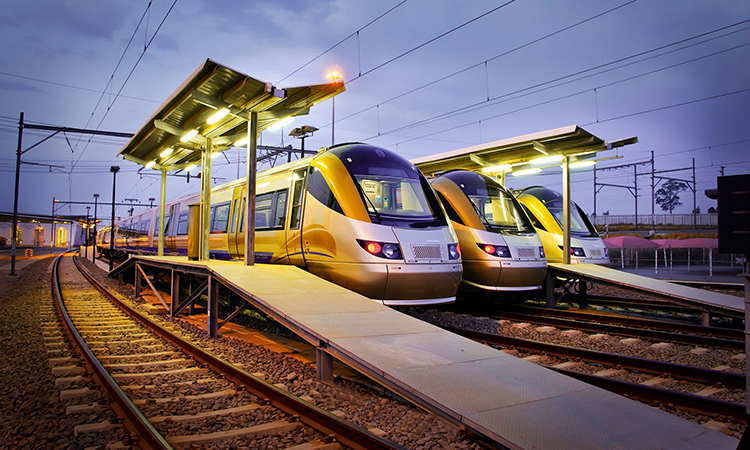 Bombardier Transportation has announced that its Gautrain commuter fleet in South Africa has successfully completed 40 million kilometres in service since operations began in 2010. This is the equivalent of close to one million trips around the equator.

Bombardier delivered this intercity rapid rail link as a complete turnkey system with a fleet of 24 four-car ELECTROSTAR trains (96 vehicles), the majority of which were assembled in South Africa, and the CITYFLO 250 train control system, which provides smooth and safe travel for passengers at speeds of up to 160km per hour.

Bombardier has a contract for the maintenance of the system until 2026 and continues to work with its Black Economic Empowerment partners on this project.

“This is one of the most visionary projects that we have ever been involved in Africa, and Gautrain set a new global benchmark for an innovative rail system that benefits local communities and people,” said Makgola Makololo, Managing Director of South Africa at Bombardier Transportation. “As Africa’s first world-class, modern rapid rail service, as well as being the first semi-high-speed train on the continent, the Gautrain has made a positive impact in the lives of millions of Gauteng residents. We are proud of our highly reliable commuter fleet having completed around 900,000 trips on the Gautrain network, the equivalent of close to one million trips around the equator.”

She added: “This achievement is thanks to the close collaboration between Bombardier, the Gautrain Management Agency, the Bombela Concession Company and the Bombela Operating Company in successfully delivering and maintaining this project and creating thousands of direct and indirect local jobs during this exciting journey. Rail transport in Gauteng entered a new era with the Gautrain Rapid Rail Link, and we are proud to provide a safe, efficient and reliable service to more than 125 million commuters and airport travellers since 2010.”

The Gautrain Rapid Rail Link is an 80km (50 mile) commuter rail system in Gauteng, South Africa, which links Johannesburg, Pretoria, Ekurhuleni and the OR Tambo International Airport. Today, Bombardier employs around 125 local staff on the Gautrain project operating out of the purpose-built maintenance facility located at Midrand in Johannesburg.