New welding and painting facilities are now in operation at Hitachi Rail’s manufacturing base in Newton Aycliffe, representing a £110 million investment. 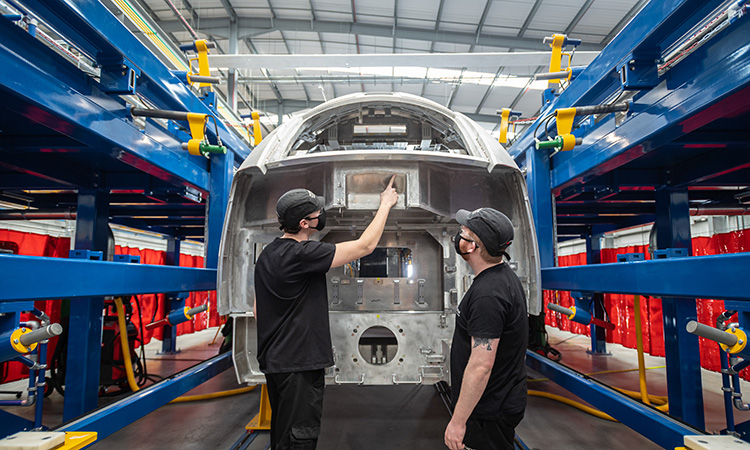 The new welding and painting facilities will be used to build the next generation of intercity trains for East Midlands Railway and Avanti West Coast. Around 40 staff and newly graduated welders and painters will be completing the high-tech aluminium carriage shells, which are a signature of Hitachi’s intercity fleets.

The North East train builder has invested £8.5 million to create bespoke welding and painting facilities within the factory. This on-shoring of crucial high value aspects of the manufacturing process is further evidence of Hitachi Rail’s long-term commitment to the region. It is also the first time in decades that a new train welding facility has been created in Britain, with over 230 carriages due to be welded at Newton Aycliffe.

The investment has also involved an extensive upskilling programme for staff and apprentices, including an eight week initial training programme for welding certification, then further training to obtain additional specialist qualifications. This new training has created a new skills-base that will benefit both the workforce and the factory, delivering current and future projects.

The firm established its highly advanced North East manufacturing base, with its 700 strong workforce, in 2015 to build 122 pioneering trains as part of the UK government’s Intercity Express Programme, along with 70 zero-emission Class 385 regional trains for Scotland.

Since then, Hitachi Rail has focused on localising its supply chain in the UK, with whom is has already spent £1.8 billion since 2013, which includes over 130 separate North East suppliers. 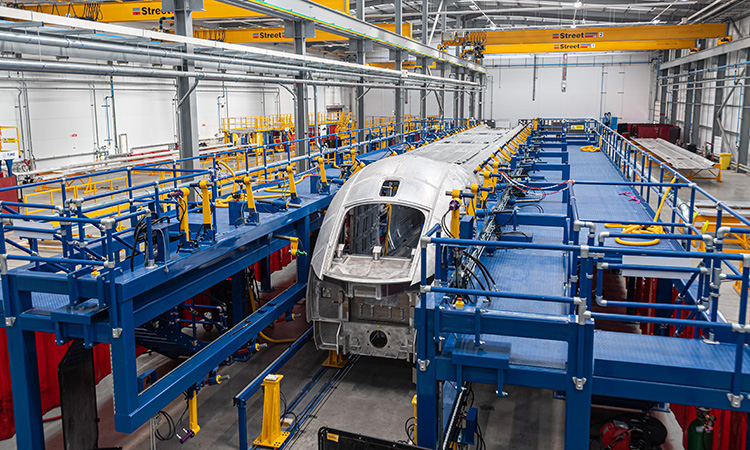 The new manufacturing capabilities at the factory are allowing Hitachi Rail to further expand its UK supply chain. New domestic suppliers include AES in Glasgow, Airblast in Peterborough and KM Tools in Stoke-on-Trent. Meanwhile, the expansion in scope of Newton Aycliffe has resulted in Hitachi Rail increasing its existing relationship with North East firms, such as Dyer Engineering and Hydram Engineering.

The UK’s Transport Secretary, Grant Shapps, said: “It is fitting that Hitachi Rail are building the next generation of intercity trains in County Durham, a place with a proud and illustrious railway heritage. Their long-term commitment and continued investment in the North East is a major boost for jobs and skills, driving economic growth and helping levelling up our country as we build back better from the pandemic.”

Business Secretary for the UK, Kwasi Kwarteng, said: “With the North East known as the birthplace of the world’s first passenger railway, it is fantastic to see Hitachi Rail continuing that proud heritage with this commitment to its state-of the-art factory in Newton Aycliffe. By investing in innovation and the skills of their workforce, Hitachi Rail is not only helping to level up economic growth across the region, but also ensuring that Britain can build back better from the pandemic.”

Jim Brewin, Head of UK & Ireland at Hitachi Rail, said: “The £110 million that we have now invested at Newton Aycliffe is not only a sign of our continued commitment to the North East of England, but also British manufacturing and its supply chain. At the heart of our commitment is the continued development of a highly skilled and dynamic workforce, which, through our South Durham Technical University College partnership and 70 apprenticeships, will drive the rail industry forward at home and abroad for many years to come.”

Paul Howell, Member of Parliament for Sedgefield, said: “This investment by Hitachi Rail is another statement of their ongoing efforts to localise skills and supply, creating new roles and opportunities to level up the North East. Their ongoing work with the University Technical College and investment in apprentices is a huge credit to them and my constituents. It’s developing real career opportunities for young people in my area and I look forward to supporting them in their journey forward.” 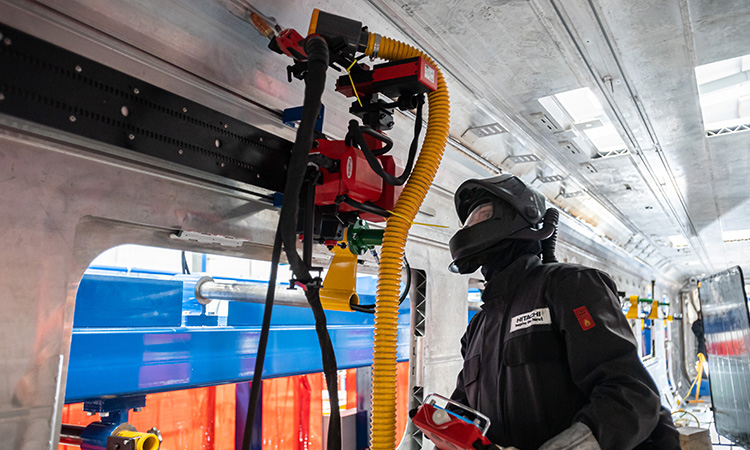 The new welding and painting facility will allow the North East factory to be more globally competitive, with the capacity to export a wide range of products, from metros to commuter and high-speed trains. Target markets include Northern Europe and the Middle East, with the firm’s increasing leadership in battery trains broadening potential opportunities.

In 2020, Hitachi Rail partnered with Hyperdrive Innovation to develop battery packs that can power trains and help the UK to meet its Net Zero 2050 targets. This partnership helps to create a pathway for batteries to be installed at Newton Aycliffe and could make the North East a hub for battery technology.