As part of its efforts to build back better from the pandemic and improve connectivity, the UK government has set out a range of improvements for the UK’s transportation network. 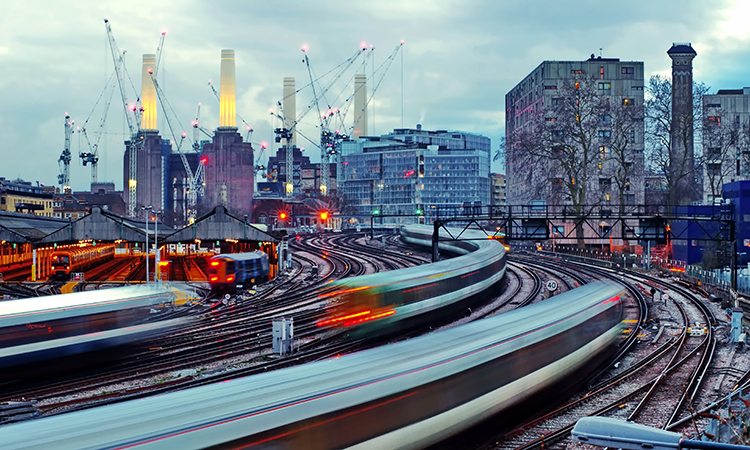 The UK Prime Minister, Boris Johnson, has set out his vision to build back better from the COVID-19 pandemic by boosting transport connectivity across and between the whole of the UK as part of the UK government’s ambitions to level up across the country.

The measures were announced following the interim report of Sir Peter Hendy’s union connectivity review, which was published on 10 March 2021. In June 2020, Sir Peter was tasked by the Prime Minister with exploring ways in which transport can better connect all parts of the UK.

Sir Peter’s report sets out how a UK Strategic Transport Network would help to deliver this ambition. Such a network would significantly expand and upgrade direct transport connections in the UK across road, rail, sea and air, helping to reduce delays and bottlenecks, and stimulate economic growth.

Improving rail links helps to cut carbon emissions and so, as well as considering how transport links can better connect the UK, the Prime Minister will also consider their environmental and social impact – taking into account how they will improve the quality of life of the people that use them.

The potential network will now form the main focus of Sir Peter’s continuing investigations, with his final report in summer 2021 looking to identify specific transport upgrades that could form the backbone of the network’s ambitions.

To jump-start some of the projects identified by Sir Peter, the UK government has committed £20 million towards exploring the development of projects such as:

The UK Prime Minister, Boris Johnson, said: “It’s now time to build back better in a way that brings every corner of the UK closer together. We will harness the incredible power of infrastructure to level up parts of our country that have too long been left off the transport map. This pioneering review by Sir Peter Hendy gives us the tools we need to deliver on our ambitions for a UK-wide transport network that encompasses sea, rail, and road – and I also want to cut passenger duty on domestic flights so we can support connectivity across the country.”

Grant Shapps, the UK’s Transport Secretary, said: “As we build back better from COVID-19, it is more important than ever that we level up every corner of our great country. High-quality transport infrastructure is key to achieving that, which is why we are committed to boosting connectivity and bringing communities across the UK even closer together.”

The UK government will work closely with devolved administrations on development studies. Sir Peter has spoken with over 100 organisations and received nearly 150 submissions to his call for evidence. As a result, he has been able to identify some of the most pressing issues involved in connecting all parts of the UK.

Sir Peter Hendy, CBE, said: “Devolution has been good for transport, but it has also led to a lack of attention to connectivity between the four nations, due to competing priorities and complex funding. A UK Strategic Transport Network could resolve this, with its core objective centred around levelling up across the whole of the UK.”

The government will receive the final union connectivity review recommendations ahead of the Spending Review, where it will consider and confirm funding plans for delivering improved connectivity across the UK.

The review into boosting the transport options connecting the UK sits squarely at the centre of the government’s levelling up agenda, with a focus on providing high-quality transport infrastructure to communities that have been passed over for investment in previous decades a key pillar of the plans.

Darren Caplan, Chief Executive of the Railway Industry Association, said: “It is positive to see the government set out ideas for new rail investment, including better connections from HS2 to Scotland and North Wales and higher capacity on the East Coast Main Line. Rail has a vital role to play in the UK’s economic recovery from coronavirus and in achieving net zero by 2050, but, to do so, it needs certainty on planned rail schemes – like HS2 Eastern Leg, Northern Powerhouse Rail and the Midlands Rail Hub – as well as visibility of upcoming rail enhancement schemes, and the decarbonisation and digitalisation of the network. The rail industry looks forward to working with the government to take these forward, supporting jobs, investment and economic growth as we emerge from the coronavirus pandemic.”

Tim Foster, Interim Strategy and Programmes Director at Transport for the North, said: “The North must be at the heart of the mission to better connect the whole of the UK and level up; investment in our infrastructure is critical to improving key routes across our borders to Wales, Scotland and further south. It’s positive to see the early rail and road projects highlighted by the Review strongly aligned to those in our own infrastructure pipeline for the North. Long-term commitment to a transformed rail network for the UK – including Northern Powerhouse Rail and HS2 – must also now form the backbone of better connections across the union. Doing so will deliver more rail capacity and increase reliability, as well as cutting carbon emissions and driving recovery of our economy.”