Martin Tugwell appointed as Chief Executive of Transport for the North

Leaders in the North of the UK have approved the appointment of Martin Tugwell as the next Chief Executive of Transport for the North (TfN). 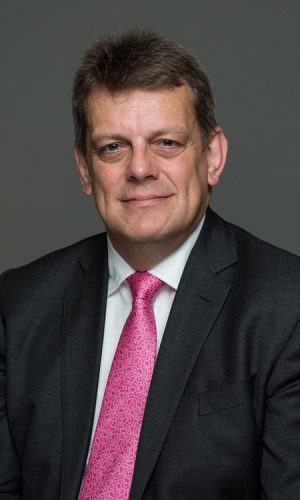 Credit: Transport for the North

Following agreement from the TfN Board, Martin is set to lead the region’s statutory transport body, which speaks with one voice on behalf of the North’s civic and business leaders on transport investment. He’ll succeed Barry White, who is due to step down in April 2021.

Martin has over 20 years’ experience in transport and investment senior leadership roles in the public sector and will join TfN from England’s Economic Heartland, the sub-national transport body for the region including Oxfordshire and Cambridgeshire. He’s also the current President of the Chartered Institution of Highways and Transportation (CIHT).

John Cridland, Chairman of Transport for the North, said: “This is a crucial leadership role for the North of England, and Martin fits the bill. His extensive professional experience coupled with his drive to make tomorrow better than today means that he’s perfectly placed to lead TfN. He’ll work with our Board to take on the immediate challenges and opportunities facing the North and continue the great work that TfN has consistently delivered since it was established.”

“I’d also like to once again put on public record my sincere thanks to Barry White. Barry has played a pivotal role in TfN’s success. He secured the adoption of our 30-year Strategic Transport Plan for the North and led TfN through the challenges of responding to the May 2018 timetable crisis. We thank him for his dedication and wish him all the very best for the future,” he added.

Councillor Louise Gittins, Vice Chair of Transport for the North, said: “Martin has an impeccable track record in both securing investment in transport and working very closely with elected and business leaders to bring about positive change. His passion and vision fit hand in glove with that of the North’s leaders, who work as one for the benefit of communities and businesses. We’re looking forward to TfN’s next chapter, as we carve an increased role for the North in decision-making and tackle the big challenges of our time, such as decarbonisation and economic recovery. I’d also like to sincerely thank Barry White for his commitment to our shared vision and leadership of Transport for the North.”

TfN has recently adopted a bold Business Plan for 2021/22, which will see the organisation focus on advancing the business case for Northern Powerhouse Rail and agreeing future governance arrangements; analysing the wide-ranging benefits of transport investment; and making the North’s networks more sustainable through new decarbonisation and freight strategies.

Commenting on the decision, Martin Tugwell said: “It’s an honour to take up leadership of Transport for the North at this critical moment for the levelling-up agenda. I’ve always been a passionate advocate for the ability of better transport connections to change lives and create more opportunities. That belief is the central mission of Transport for the North, one that’s more important today than ever. I can’t wait to work with the North’s ambitious leaders to drive real change in the region, making transport more accessible, inclusive and sustainable for future generations.”

Tim Wood, Northern Powerhouse Rail Director at TfN, said: “I’m delighted to lead Transport for the North and ensure a smooth transition for our dedicated team. There’s some significant decisions on future investment expected in the coming months, and we stand ready to work with government on the next steps for key projects like Northern Powerhouse Rail.”