The Rail Delivery Group’s newest report outlines that rail freight delivers £2.5 billion in economic and social benefits to the UK annually, as well as significantly contributing to sustainability targets. 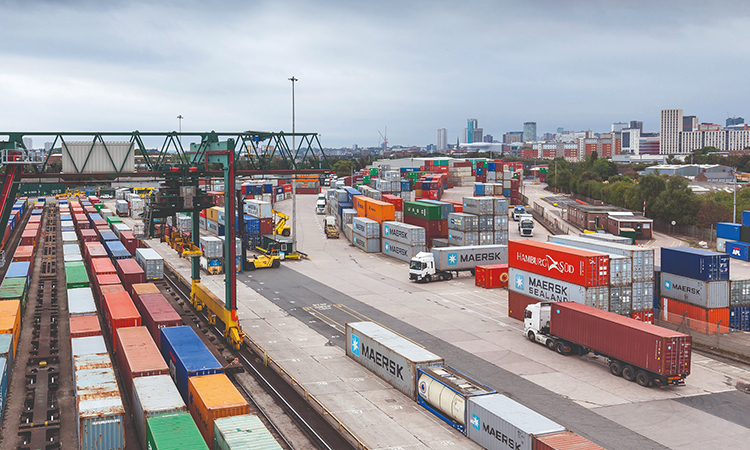 New research has shown that the rail freight sector delivers billions in economic and social benefits around the UK and could play a major role in supporting the country to reach net-zero carbon emissions.

In a new report published by the Rail Delivery Group (RDG), based on independent research by Deloitte, analysis has shown that rail freight delivers £2.5 billion in economic and social benefits to the UK annually, with the north of England, Wales and Scotland among the areas that are benefitting most.

This means that businesses all around the country benefit from reliable and economical transport services, providing efficient routes to markets and better connectivity to ports, supporting access to markets around the world.

As part of the report, Deloitte have developed a new framework which enables the value of different types of freight paths to be calculated. The model shows that each rail freight path on the network has an economic value of up to £1.5 million per year and highlights the benefits that could be realised by transporting more goods by rail.

Robert Nisbet, Director of Nations and Regions for the Rail Delivery Group, said: “Rail will play a central role in levelling up Britain and rail freight is already doing some heavy lifting, supporting businesses and jobs across the nations and regions. As we work to secure a green recovery from COVID-19, encouraging more businesses to move their goods by train coupled with a rolling programme of electrification would see rail freight play an even bigger role in helping the nation to meet its carbon commitments.”

Each tonne of freight transported by rail produces 76 per cent less carbon emissions compared to road and, with a freight train carrying as much as 110 lorries, an increase in rail freight will not only shrink Britain’s carbon footprint but significantly reduce traffic jams, too. The Deloitte research shows that rail freight is tackling gridlock and pollution in England’s most congested city, removing as many as 1,000 lorries from London’s roads every day, with similar benefits for cities across the UK.

The study found that freight trains are transporting more consumer items – including groceries, cars and electronics – than ever before. Every day, goods that we all use and consume travel by rail and this benefits everyone, not only by removing lorries from congested roads – making journeys more pleasant and reliable for other users – but also by providing cost efficient transport to businesses, as the consumer benefits through lower prices.

The volumes of building materials moved by rail have also continued to grow, supplying construction materials to improve the road network, build new houses and even for DIY projects. Moving vast quantities of materials such as aggregates and cement is vital to building and infrastructure projects, as well as supporting Britain to build back better.

As Britain begins a new era outside the European Union (EU), increasing rail freight will help to cut customs queues at ports, with the UK government having recently granted funding to create a new customs approval area at an inland rail freight terminal, a proposal first made by the Rail Delivery Group in 2018.

The rail freight sector has played a crucial role in the national response to COVID-19 and, following the end of the EU transition period, helping to keep goods moving securely and the economy ticking.

Zoe McLernon, Policy Manager of Multimodal at Logistics UK, commented: “Logistics UK is urging the government to unlock capacity for rail freight services to help to meet the target of a net zero emission economy by 2050. Currently taking seven million lorries off the roads each year, rail freight can play a vital role in achieving the UK’s decarbonisation targets, but capacity for freight services is severely constrained. Logistics UK is urging the government to heed the report findings – which revealed that freight services on some underutilised off-peak passenger routes deliver greater economic value than passenger use – and allow freight operators access to these lines. Logistics UK is also urging the government to commit to electrifying the UK’s railways, with today’s report showing that, on delivery of a decarbonisation strategy and the potential growth in domestic movements, the environmental benefits of rail use over road could increase by six to 10-fold.”

Eddie Aston, Chief Executive Officer for G&W’s UK/Europe Region companies, including Freightliner, said: “I am delighted to see this fresh research undertaken by Deloitte on behalf of the Rail Delivery Group. The significant economic and environmental benefits that the rail freight sector contributes to UK society are clear from this report, and I am excited to be working in a sector that has a huge part to play in growing the economy.”

“In my previous roles, I have observed first hand the many benefits that using rail brings to the logistics sector, including high reliability, improved safety and reduced congestion on the road network. I am pleased that this new piece of work enables the real economic benefit of rail freight to be calculated for the first time and provides valuable data to better inform decisions around the best use of the rail network,” he added.

Eddie continued: “Freightliner places a huge focus on decarbonisation, which is at the heart of our strategic focus. We are leading the way in exploring, developing and delivering innovative solutions to reduce our carbon footprint even further, including reductions in locomotive idling times, longer trains, locomotive upgrades and a hydrated vegetable oil trial.”

“As the largest freight operator of electric locomotives in the UK, we are seeking to deploy electric traction over more routes to further reduce emissions. I am ambitious to see these and other initiatives being rolled out so that we can achieve an even greater contribution to the government’s commitment to bring all greenhouse gas emissions to net zero by 2050,” he concluded.