Following the publication of the Williams-Shapps Plan for Rail, Transport for the North has called for the UK government to ensure that local and regional leaders are at the core of the reform of the UK’s railways. 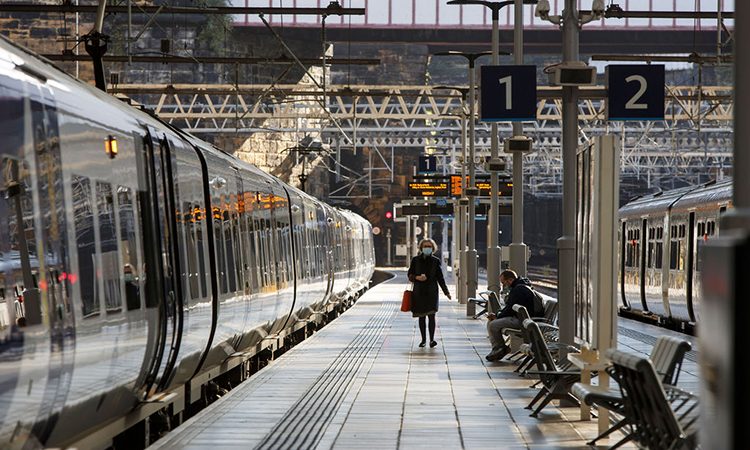 Credit: Transport for the North

Leaders in the North of England have called for a strengthened role in overseeing the region’s railways and certainty on committed government investment.

Speaking at a meeting of the Transport for the North (TfN) Board on 9 June 2021, political and business leaders said that they cannot continue to wait for the UK government’s Integrated Rail Plan – which is expected to outline commitment to HS2, Northern Powerhouse Rail (NPR) and other major rail projects – and that the plan should fully incorporate the North’s priorities.

Members heard how further work on Northern Powerhouse Rail had reduced infrastructure costs and increased the projected benefits. They also discussed how rail investment and electrification was fundamental to tackling climate change, creating jobs and unleashing the North’s economic potential.

Submission of the business case for Northern Powerhouse Rail is now dependent on the content of the Integrated Rail Plan, which is anticipated to set out the scope, funding and delivery mechanism for the project, run jointly by TfN and the Department for Transport (DfT).

Following the meeting, Tim Wood, Interim Chief Executive at Transport for the North, said: “The North has already set out its vision for the future in a transport strategy that all of our leaders are signed up to. Now, we need clarity and firm commitment from government on delivering that strategy, which we expect to come in the form of the Integrated Rail Plan.”

“We’ve set out our clear priorities to create a Green Economic Revolution in the North, and our railways – including HS2 and Northern Powerhouse Rail – are at the heart of that vision. We’re now working with government and the national agencies, such as Network Rail, to ensure that the investment programmes that we put forward are committed to and then delivered alongside TfN,” he added.

The Board also said that Northern leaders and Transport for the North – as the government’s statutory partner on transport in the region – have an integral role in overseeing the railways and that this should be the basis of further devolution as the rail industry is restructured nationally. It follows publication of the UK government’s white paper on the Plan for Rail, which will see the creation of Great British Railways (GBR) as a single national organisation to oversee track and train.

Members were reassured by representatives from the Department for Transport and Network Rail, who said that work to establish Great British Railways in shadow format over the course of 2021 and into 2022 will closely involve TfN and regional leaders. Greater Manchester Mayor Andy Burnham said that, as well as having a seat on the government’s Advisory Council to help to establish the new national organisation, the North should also be making the case for direct oversight of rail services spanning the Pennines to ensure that national attention is not focused elsewhere.

Tim continued: “As the government’s statutory partner on strategic transport for the North, not only are we committed to making the Williams-Shapps plan work, we are uniquely placed to make this happen quickly – to the benefit of our residents and businesses. The national approach must not be a missed opportunity for further devolution, giving the North’s leaders greater oversight of services and infrastructure investment. We look forward to working closely with government to ensure that local and regional leaders are at the core of the reform of our railways.”

Short, medium and long-term investment in rail projects are outlined in Transport for the North’s Strategic Transport Plan and investment programme, a statutory plan adopted in 2019.