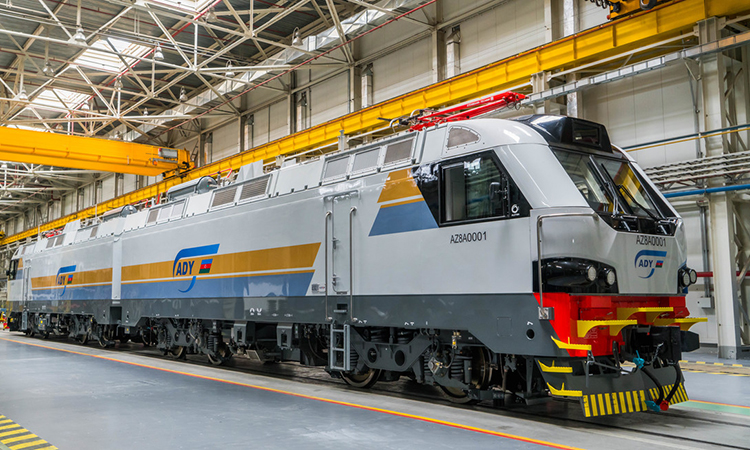 Alstom has announced that it has successfully commissioned the first seven Prima T8 AZ8A freight locomotives to Azerbaijan Railways (ADY). These locomotives will run on the main freight transit line, which has recently been converted from 3 kV DC to 25 kV AC.

“We are happy that our locomotives entered into commercial operation in Azerbaijan. Despite the important challenges imposed by the global pandemic, we have been able to produce, conduct all necessary validation tests and deliver ready-to-run locomotives. It is a significant milestone of this key project that we are developing jointly with our partner ADY. With its strategic location, at the crossroad of the Silk Roads, this project aims to develop the railway infrastructure of the whole region. Our locomotives play a key role in boosting the freight transportation capacity within Azerbaijan; furthermore, they also contribute to the ambitious goals of the country to interconnect the neighbouring countries. We are very enthusiastic and we are looking forward to developing further our strong partnership with ADY.” said Guillaume Tritter, Managing Director of Alstom in Western and Central Asia.

The Prima T8 AZ8A locomotives will be running initially on the ‘Silk Road’ East-West corridor of Azerbaijan, linking the Caspian Sea main ports to the Georgian border and, later, all across the country.

In 2014, ADY signed a contract with Alstom for €288 million for supplying 50 electric locomotives, including 40 Prima T8 AZ8A heavy freight locomotives, which are being produced at Alstom’s JV EKZ in Nur-Sultan, Kazakhstan, and 10 Prima M4 AZ4A passenger locomotives, which have been produced in Belfort, France, and have already been delivered to Azerbaijan.

Alstom’s Prima T8 is one of the most powerful electric locomotives in the world. This model is a 25 tonnes-per-axle two-section freight locomotive capable of towing up to 9,000 tonnes and running at 120 km/h, with installed continuous power of 8.8 Megawatts. The Prima T8 AZ8A is designed to operate in temperatures ranging from -25°C to 50°C. It requires minimum maintenance and provides high reliability levels and low lifecycle costs thanks to its modular design.