‘Rail to the COP’ initiative to promote sustainable mobility across Europe

The ‘Rail to the COP’ initiative will work to draw attention to the important role that rail can play in achieving global Climate Change Goals. 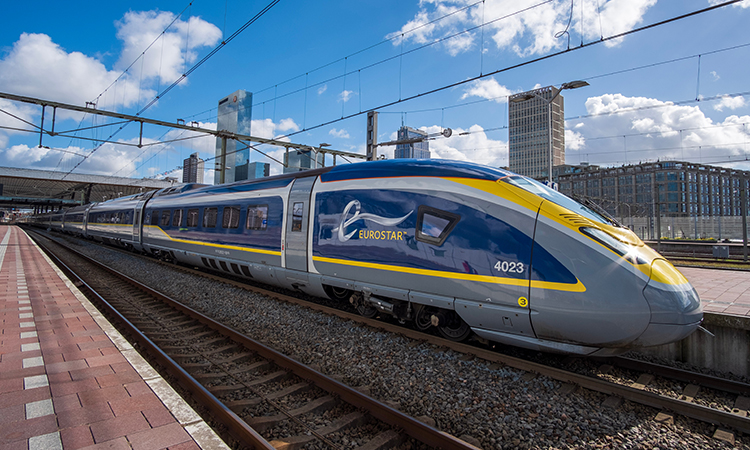 In October 2021, ProRail, NS, Eurostar, Avanti West Coast and Youth for Sustainable Travel will join forces to operate a special ‘Climate Train’ to the COP26 Climate Summit in Glasgow.

“Six years after the Climate Summit in Paris, many countries have still taken too few concrete steps to limit global warming,” said Mara de Pater, from Youth for Sustainable Travel. “If we continue at this rate, the earth will have warmed up by three degrees by the year 2100, according to research by the UN climate panel, IPCC. This will lead to a sharp rise in sea level and more extreme weather, with all of its consequences. This can and must change, and the travel industry is an important sector in this respect, where many sustainability steps can still be taken.”

Travelling to London by Eurostar instead of by plane emits up to 93 per cent less CO2 per passenger, and a freight train can replace an average of 56 trucks. Despite the sustainable advantage of trains, only seven per cent of all passengers and 11 per cent of all goods in Europe travel by rail. Yet, with its 200,000km of track, Europe has one of the most intricate networks in the world.

With the ‘EU Sustainable and Smart Mobility Strategy’, Vice-President of the European Commission, Frans Timmermans, wants to give sustainable transport in Europe a boost. Setting a good example is part of this, with hundreds of passengers choosing to travel by train from the continent to Scotland for the COP26 Climate Summit.

Frans Timmermans, Vice-President of the European Commission, said: “What could be nicer than travelling by train to an international climate summit? The train is sustainable and provides a lot of comfort, whether you travel for work or pleasure. More and more passengers in Europe are recognising the advantages of travelling by rail. We want to increase this number in the coming years by, for example, doubling the amount of high-speed train traffic and making international rail travel even easier. I am really looking forward to leaving for Glasgow by train with our delegation.”

The idea to travel to COP26 through Europe by rail started as a successful grassroots movement by Youth for Sustainable Travel, in cooperation with rail operator ProRail. The Climate Train then became a reality thanks to collaboration with carriers Eurostar, NS and Avanti West Coast (who were already planning a service to the conference in Glasgow). The initiative is also supported by the Community of European Railway and Infrastructure Companies (CER).

In 2019, young people from Youth for Sustainable Travel, with the participation of ProRail, organised a sailing trip to the Climate Summit that was to be held in Chile. After the summit was moved to Madrid, they successfully called on other young people in Europe to visit the climate summit by train.

This initiative, called ‘Sail to the COP’, is now followed up with ‘Rail to the COP’ (where COP stands for the United Nations (UN) Climate Change Conference) and comes in support of the European Year of Rail 2021, in line with the European Union’s (EU) ambitions to promote the train as the sustainable alternative for travel and transport.

‘Rail to the COP’ will bring together as diverse a group as possible from all over Europe. Young people, official delegations, mobility experts, NGOs and representatives of the railway sector are invited to travel by Eurostar from Amsterdam, Rotterdam or Brussels to London, where they will change to an Avanti West Coast train to Glasgow.

During the trip, Youth for Sustainable Travel and the rail partners will organise a series of debates and seminars to draw attention to the important role that rail and sustainable travel can play in achieving the global Climate Change Goals.