On World Suicide Prevention Day (10 September 2021), Govia Thameslink Railway has announced it is now offering training to its key partners, to increase the number of people who can identify vulnerable passengers. 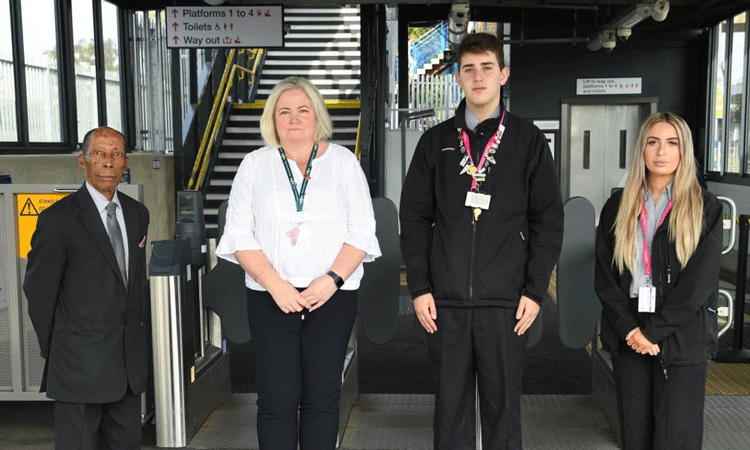 Supporting the World Suicide Prevention Day (WSPD) message of ‘creating hope through action’, the rail operator is offering industry partners, including the Rail Pastor network, community rail partners and Members of Parliament the chance to undertake its online training course.

The training has given GTR staff the confidence to approach potentially vulnerable people using the railway, which in turn has seen the company double the number of interventions made from 233 in 2018, to 508 in 2020. So far in 2021, there have been more than 160 interventions. With key partners now being offered the same training, there will be even more people equipped with skills to help people in need on the railway.

The training includes simple steps on how to intervene and help individuals to safety, as suicide can be preventable. As part of GTR’s commitment to ‘create hope through action’ for this year’s WSPD campaign, it has pledged that all employees will complete the training by the end of 2022.

Working closely with partners including Samaritans, Network Rail, and the British Transport Police, GTR continually works to support people across its network and has a dedicated Suicide Prevention Manager, whose job is to prevent incidents on the railway.

Laura Campbell, GTR’s Suicide Prevention Manager, said: “This year has been incredibly tough on people’s mental health, which is why it’s so important to equip people with tools to be able to help those in need. Sometimes all it takes to break someone’s suicidal thoughts is a simple question, such as asking for directions. By educating our partners on simple steps to identify and help someone who may be vulnerable, we can work together to save lives – because one life lost is one too many.

“At GTR, all our colleagues are trained to spot the signs and know how to step in, but this year we’re offering this free training to other businesses and partners in the rail industry. By opening the training programme, we hope to ensure that there is always someone on the platform looking out for people in need.”

Nadine Dorries Minster for Mental Health, Suicide Prevention and Patient Safety, welcomes the training. She said: “Preventing suicide is possible with the right support at the right time for those experiencing a suicidal crisis. This training makes a real difference by helping staff identify vulnerable people at train stations so they can intervene when support is needed. I would encourage everyone who can to take part in suicide prevention awareness training and play a role in supporting those around you.

“I urge anyone who is struggling to cope to reach out, there is support available for you and people who can help,” Nadine added.

Stephen McPartland, MP further added: “I am proud to be raising awareness of this important issue on World Suicide Prevention Day. With the online training course now available to key partners, it means we can work alongside GTR to look out for vulnerable people on the railway – and beyond – to help save more lives.”

One of the community partners undertaking the training are Rail Pastors, trained volunteers who patrol railway networks looking out for those who may need support.

Paul Lewis is a Rail Pastor on GTR’s network, “We go out three times a month at different times in the day and have so far carried out more than 200 patrols. We’re there to be a listening, caring presence and our intention is to make a difference. You don’t know what’s going through people’s minds and just having a chat can break someone’s chain of thought and potentially save their life.”

GTR is also supporting Samaritans’ latest campaign Small Talk Saves Lives, which relaunched in August 2021, in partnership with Network Rail and British Transport Police. The awareness campaign reminds the public they already have all the experience they need to help save a life and aims to empower them to act to prevent suicide, both on the railways and in other public settings.

Olivia Cayley, Head of Rail Programme at Samaritans, commented: “We’re so thankful to GTR for their support in spreading this important message and training more of their partners which could make such a difference. It’s so important we look out for one another now more than ever because suicide is preventable.

“Our latest Small Talk Saves Lives campaign encourages everyone to trust their instincts if they see someone who needs help and try and start a conversation. Whether that’s on a journey home from work or someone you pass in the street – a little small talk such as ‘what’s the time?’ could be all it takes to interrupt someone’s suicidal thoughts and set them on the journey to recovery. Let’s start a conversation and work together to prevent suicide.”

GTR’s extension of network support follows last year’s ‘Affirmation Art’ campaign, which saw clusters of positive affirmations emblazoned across some of its busiest stations to raise awareness of the company’s ongoing focus on reducing suicide on the railway.