The Department for Transport (DfT) has launched findings produced by the RSSB, identifying that the air quality levels on some diesel-powered trains is ‘poorer than desired’. 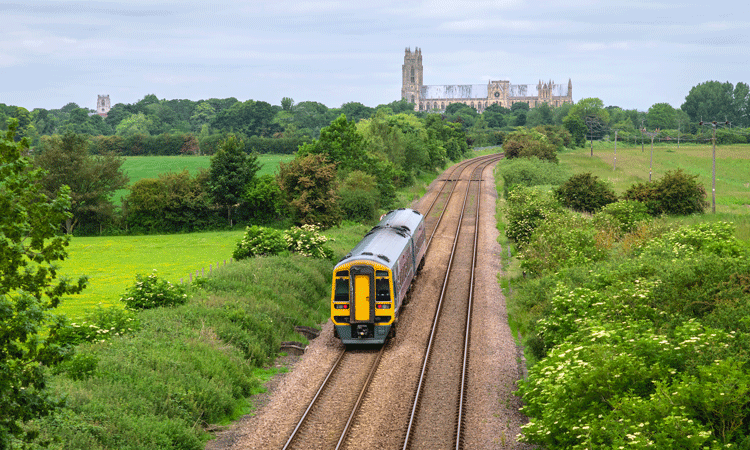 Research funded by the Department for Transport (DfT) and conducted by the Rail Safety and Standards Board (RSSB), on six types of train, has found that air quality levels on some trains, while operating under diesel power, is poorer than desired.

The report published on 16 September 2021 has independently concluded that the quality of air on services remains within legal workplace limits. Furthermore, there is already cross-industry research underway to understand the issue and identify short-term and long-term solutions.

However, in response to the report, the DfT has asked the RSSB to publish the full findings and has commissioned a review of all the regulations and standards, which currently control air pollution and people’s exposure to it on the rail network. This will include on-board services, as well as in stations.

The report shows measurements of pollutants including nitrogen dioxide and particulate matter throughout the duration of train journeys. It demonstrates that on-train concentrations of nitrogen dioxide can peak at levels ranging from one to 13 times higher than identified next to major central London roads. Peaks most frequently occur when trains are in tunnels or idling in stations.

While this is verified as within legal limits, the UK government is committed to ensuring reassurance to passengers and staff that the railways meet the very highest standards. This could include updating or strengthening existing railway standards on air quality.

The DfT has also commissioned further research, managed by RSSB, to help to better understand the scale of the air quality issue on board trains and to identify potential causes and solutions. This work will include measuring air quality levels inside a further eight train classes in service across the country’s rail network.

The work forms part of the broader Air Quality Strategic Framework which details RSSB’s recommended approach for monitoring, modelling and mitigation. Most recently this has included kicking off a £4.5 million Stations Air Quality Monitoring Network, to focus on measuring air quality at train stations across England and Wales, as well as providing high quality and robust data.

Chris Heaton-Harris, Rail Minister said: “The safety of staff and passengers is our absolute priority. While these findings are within limits, I do not believe people should have to accept anything less than the highest levels of air quality.

“I have asked the industry to immediately conduct further research and explore all engineering modifications and options to rapidly improve air quality on trains and in stations.”

“I have also launched a comprehensive review of the current standards and guidance related to air quality on the rail network. If required, we will not hesitate to strengthen legislation to ensure the highest standards of air quality are met and maintained,” further added Chris.

At the request of the DfT, the industry have already begun to conduct further investigations.

“Collectively the rail industry and government have been working with us through the Air Quality Strategic Framework to identify the right monitoring, modelling and mitigation,” commented George Davies, RSSB’s Director of Sustainable Development.

“Our important research is helping us understand the issue in much greater depth enabling the rail industry, government and regulator to take the necessary steps.

“We look forward to continuing this work and ensuring the rail network plays its part in addressing poor air quality.”

This new review forms part of broader work by the government to ensure passengers and staff can have confidence in air quality on their services, which includes working with stakeholders such as the Rail Delivery Group and the RSSB to trial the use of upgraded air filtration devices on passenger services.