Half of Network Rail suppliers commit to reducing their carbon footprint

Network Rail has reached a major green milestone, with 50 per cent of their suppliers now committed to reducing their carbon footprint and tackling climate change. 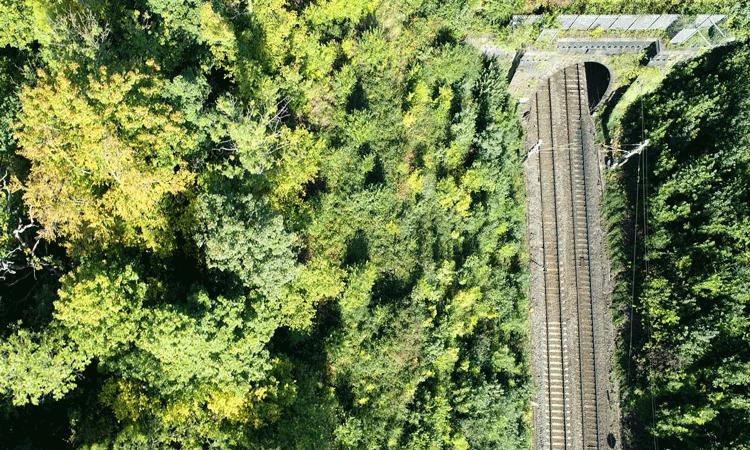 Network Rail’s Commercial and Procurement (C&P) team has reached an important milestone in partnering with suppliers to tackle climate change by securing commitments from 50 per cent of suppliers to join the Science Based Targets initiative (SBTi) to reduce their carbon footprint.

Science Based Targets are a key part of Network Rail’s Environmental Sustainability Strategy to deliver a cleaner, greener railway. These are independently verified plans to reduce carbon emissions to limit global warming to 1.5ºC to mitigate the worst effects of climate change. Network Rail was the first railway infrastructure body in the world to adopt science-based targets to this level.

Around 97 per cent of Network Rail’s emissions are within ‘scope three’, meaning emissions largely come from third parties, including suppliers. To address this, Network Rail’s Environmental Sustainability Strategy includes a target for 75 per cent of suppliers to have their own science-based targets by 2025.

The C&P supplier management team has worked alongside transport industry partners to deliver workshops throughout 2021, showing suppliers how to commit to science-based targets and the benefits of doing so by sharing industry best practice and ideas for cutting carbon.

Three workshops have been delivered so far, with each one being attended by over 350 people from the transport sector and supply chain. 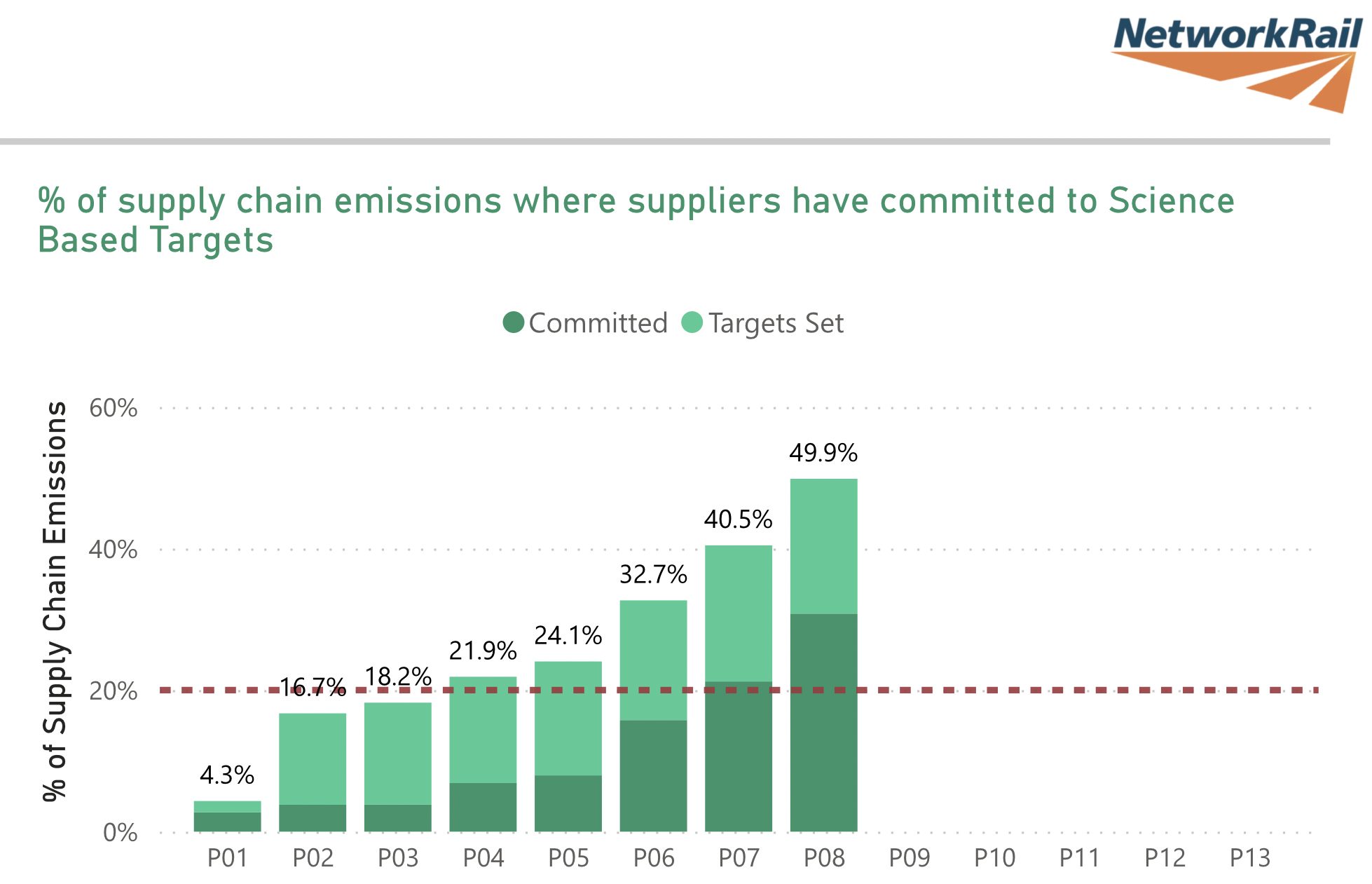 For Roger Maybury, Supplier Management Director, the workshops have been positive in bringing transport partners together to tackle climate change. He said: “We’ve had a wonderful response and we’re extremely grateful to our suppliers for showing such positive support for this initiative.

Clive Berrington, Group Commercial and Procurement Director, added: “As a country we need to show we are serious about climate change by reducing our reliance on fossil fuels to leave a positive legacy for future generations.

“Rail is one of the most environmentally friendly ways to travel but we need our suppliers’ help to become an industry powered by renewable energy. It’s great that our supply chain is rising to this challenge and we look forward to more companies signing up in future.”