The CER, EIM and UNIFE, have all welcomed the European Commission’s proposal for the revision of the trans-European transport network regulation to ensure modal shift to rail can be achieved to reduce transport emissions. 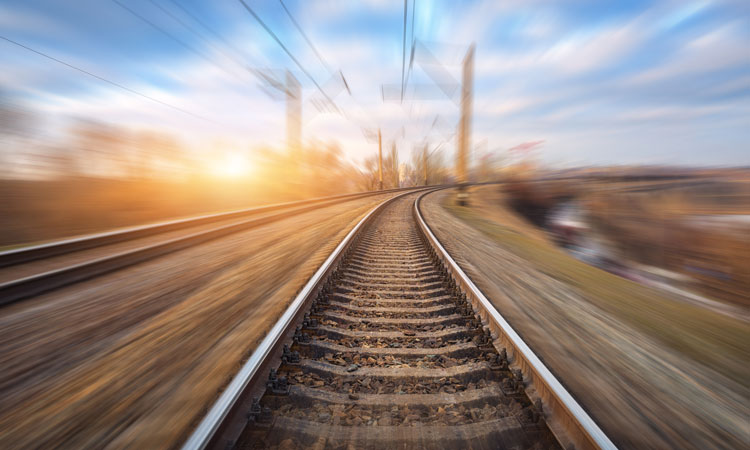 The revision of the TEN-T Regulation has been called ‘timely’ and ‘necessary’ to achieve the European Green Deal’s ambitious climate targets, which should ensure modal shift to help attaining a 55 per cent reduction in transport emissions by 2030 and 90 per cent by 2050.

The proposal will be crucial to enable the transition to sustainable modes of transport such as rail and in achieving the objectives of the European Green Deal and Smart and Sustainable Mobility Strategy (SSMS) by greening transport, facilitating a seamless and efficient mobility system, strengthening the resilience of infrastructure and by improving the efficiency of the governance tools of the TEN-T Regulation.

The rail sector supports the intermediary 2040 deadline and the new extended core network that includes strategic sections of the comprehensive network. However, the advancement of the completion deadlines for the TEN-T should always go hand in hand, and is dependent upon, adequate and additional funding commitments. Furthermore, we  welcome the fact that some of the new requirements are subject to studies that analyse the feasibility and economic relevance. Such an approach will lead to a targeted and efficient use of (financial) resources and could be explored more in the future.

New and reinforced infrastructure requirements will aid in shifting transport flows towards rail. There will also be support for the creation of European Transport Corridors (ETCs) through the integration of Core Network Corridors (CNCs) and Rail Freight Corridors (RFCs). This will improve the cooperation between the governing bodies of RFCs and CNCs and will allow the identification of the investment priorities of the CNC work plans to be supported with CEF funds for rail infrastructure projects along the ETCs.

A need for strong financial support

The sector agrees that the deployment of ERTMS on the core network requires a strong acceleration to meet the deadline of 2030, and highlights in this sense that there is a need for strong financial support to respect the deadlines for the infrastructure requirements. Stable and significant funding is also needed to complete ongoing TEN-T projects and to help achieve the ambitious targets of the SSMS.

The creation of an interoperable European high-speed network that links European capitals and major cities, connects urban nodes and airports, and supports the development of international passenger services is key. The further integration of urban nodes into the TEN-T network is crucial as rail is still missing a significant number of last mile infrastructure for freight and multimodal connections for passengers. All this will not be achieved without sufficient and targeted funding and investments for the rail infrastructure development and ensuring a strong regulatory stability in the Technical Specifications for Interoperability.

The new proposal on TEN-T will be discussed in parallel with important files of the Fit for 55 legislative package. Legislators must ensure consistency and synergy between the new TEN-T and the provisions of the Alternative Fuels Infrastructure Regulation. To shift more traffic to rail, the Social Climate Fund should finance access to collective low and zero emissions mobility and ETS revenues should be used as additional sources to finance current and new rail projects. In addition, the ETS scope must be widened to ensure that all modes of transport pay for the price of their emissions.

CER Executive Director, Alberto Mazzola, said: “Today’s proposal of the TEN-T Regulation opens the door to unleashing rail’s full potential as the most sustainable transport mode, but that does not come without costs and challenges. It is crucial to invest in railways, to build and upgrade resilient infrastructure that complies with the technical requirements and support rail in becoming the backbone of sustainable mobility. It is important to make the best use of revenues from the EU Emissions Trading System (ETS) to finance rail TEN-T investments.

EIM Executive Director, Monika Heiming, noted: “With today’s ambitious proposal to reform the TEN-T Regulation, the European Commission clearly shows that it is very committed to continue the creation of a modern cross-border European multimodal transport system. At the end of the European Year of Rail, this initiative shows the way forward and proposes some ambitious measures and simplification of the existing structures. EIM is ready to cooperate with its Members, the European institutions and the other sector stakeholders to realise the railway network of the future.”

UNIFE Director General, Philippe Citroën, commented: “Completing the TEN-T network by 2050 is essential to achieve the EU climate targets, with rail as the backbone of sustainable transport. The TEN-T revision will definitely contribute to it and to meet the ambitious objectives of the EU SSMS of doubling high-speed rail by 2030 and doubling rail freight by 2050. Advancing on ERTMS deployment with clear targets is also a very important step in the right direction. Due to the huge investments needed, it is imperative to provide smart synergies between EU funding programmes such as CEF, the Recovery Funding and the EU Structural Funds keeping in mind the need to modernise fleets with new and energy efficient rolling stock.’’

Continued decrease in rail fatalities, according to UIC records